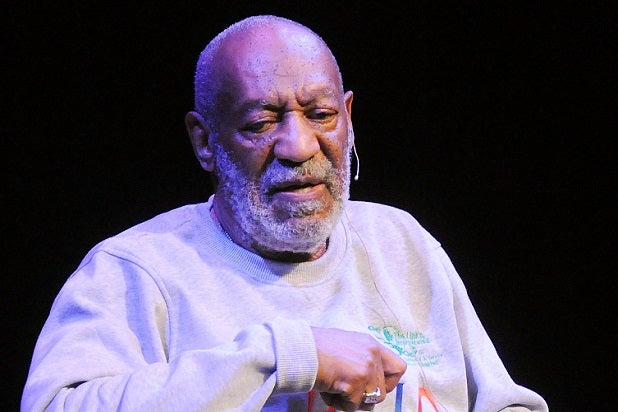 The three women, who had not publicly spoken about the allegations prior to Wednesday’s conference, said that they “have decided they will not be intimidated by Cosby’s money, fame and power.”

One alleged victim, Linda Kirkpatrick, claimed that she met Cosby during a mixed doubles tennis tournament in Las Vegas in 1981. After she bested Cosby in their match, Kirkpatrick claimed she attended his show at the Las Vegas Hilton and, arriving at his dressing room, was given a “tall, thin champagne type of glass” by Cosby which contained a clear liquid that “tasted terrible.”

Later, in Cosby’s dressing room, Kirkpatrick claimed that he “was on top of me kissing me forcefully” even though she “had no interest in sex of any kind with Bill Cosby.”

Kirkpatrick added that she had “no conscious recollection of how I got home” and, the next day, “began violently throwing up … as a result of what I believe to be ingesting some kind of drug.”

Kirkpatrick said that Cosby apologized for his behavior and invited her back, after which he locked her in an aggressive hug and forcefully tried to kiss her.

A second accuser, identified as Lynn Neal (Allred said that, aside from Kirkpatrick, the accusers may not be using their real names) claimed that she met Cosby when she was a massage therapist in her mid-20s at a health club. Neal claimed that the comedian invited her to his show and later to dinner. According to Neal, Cosby gave her a shot of Stoli and, after the pair returned to his dressing room — with Neal in a “disoriented and confused” state — Cosby began having sex with her against her will.

“He built my trust by pretending to be a friend,” Neal said at the conference. “He drugged and raped me.”

A third accuser, identified as Kacey, said she worked as an assistant to Cosby’s personal appearances agent at William Morris in the ’90s. Kacey said that she was invited to Cosby’s hotel bungalow, where he gave her a large, white pill that she took at his repeated insistence. Kacey claimed that she next remembers waking up in bed with a naked Cosby.

Regarding Rashad, who was harshly criticized for her defense of Cosby on Tuesday, Allred said, “Phylicia, you should be supporting these women rather than joining Cosby’s paid attack dogs who are trying to undermine them in any way that they can …  if anyone did to you or to your daughter or to your sister or to your mother what Mr. Cosby is alleged to have done to these women, I have no doubt you would not be saying ‘forget these women.’ Instead you’d be supporting them.”

In December, Allred also held a press conference featuring three other women who accused Cosby of victimizing them.