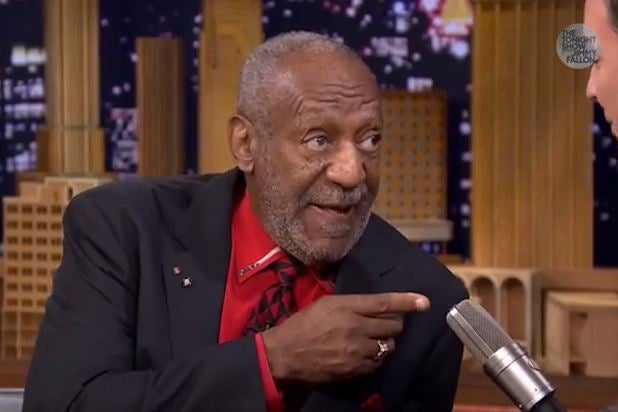 On Thursday, Secretary of the Navy Ray Mabus issued a public statement revoking an honorary title of Chief Petty Officer bestowed on Cosby in 2011, citing the wave of recent sexual abuse allegations as the cause.

“The Navy is taking this action because allegations against Mr. Cosby are very serious and are in conflict with the Navy’s core values of honor, courage and commitment,” Mabus said in a statement. Cosby served four years in the U.S. Navy, enlisted in 1956 and discharged in 1960.

While Cosby has been relatively silent on the weeks-long onslaught of accusations, tell-all interviews and criticism in press and on social media, his attorneys have taken action on his behalf in regards to new charges.

Judy Huth came forward this week with claims that Cosby molested her in the confines of the Playboy Mansion in 1974. She claims to have been offered alcohol in a drinking game scenario, taken to the mansion and forced into sex acts by Cosby.

However, Cosby’s power lawyer, Martin Singer, is claiming extortion. TheWrap obtained documents filed Thursday in which Singer claims attorneys for Huth asked for $100,000 in hush money in October, allegedly increasing their demands to $250,000 after over a dozen new abuse claims were made by other women.

Given that the alleged events took place nearly 40 years ago, a crucial element to Huth’s claim is that the abuse she suffered surfaced in repressed memories. Parameters for a civil suit say repressed memories can have consequence up to three years from the time she remembered the events.

“Approximately 10 years ago, plaintiff Judith Huff unsuccessfully tried to get money from a tabloid by selling the same story about Bill Cosby that is the subject of this lawsuit. Knowing that since she disclosed her allegations to a media outlet 10 years ago, she cannot claim to have a repressed memory,” the papers state.

Cosby’s motion asks the suit be dismissed and for a “monetary sanctions of not less than $33,295.”

A spokesperson for Cosby did not immediately respond to TheWrap’s request for comment.