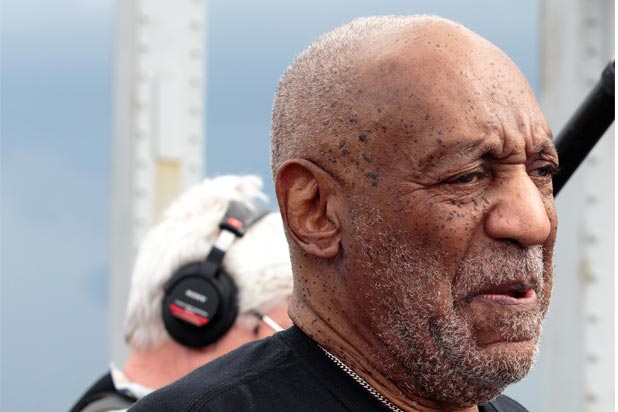 Bill Cosby‘s controversial conservative lecture to black parents on how to raise their children might have been his downfall.

Judge Eduardo C. Robreno shed light Monday on why the 2005 deposition where Cosby admitted to giving women Quaaludes in order to have sex with them was unsealed.

“The stark contrast between Bill Cosby, the public moralist and Bill Cosby, the subject of serious allegations concerning improper (and perhaps criminal) conduct, is a matter as to which the AP — and by extension the public — has a significant interest,” Judge Eduardo C. Robreno wrote on Monday.

The public moralist the Judge referenced revolved around a now infamous 2004 speech Cosby gave, where he called out black parents for not teaching their kids better.

“Looking at the incarcerated, these are not political criminals,” Cosby said. “These are people going around stealing Coca-Cola. People getting shot in the back of the head over a piece of pound cake! Then we all run out and are outraged: ‘The cops shouldn’t have shot him.’ What the hell was he doing with the pound cake in his hand?”

Cosby’s attorney argued the case didn’t feature a politician, public official or public company, and celebrities are entitled to the right to privacy.

“It was a private dispute between two individuals over their personal relationship,” attorney  George Gowen argued.

The Judge wasn’t having any of it.

“This case, however, is not about [Cosby’s] status as a public person by virtue of the exercise of his trade as a televised or comedic personality. Rather, [Cosby] has donned the mantle of public moralist and mounted the proverbial electronic or print soap box to volunteer his views on, among other things, childrearing, family life, education, and crime.”

Robreno added, “He has voluntarily narrowed the zone of privacy that he is entitled to claim” and that Cosby lost his right to privacy by addressing the allegations made my dozens of women: “By joining the debate about the merits of the allegations against him, he has further diminished his entitlement to a claim of privacy.”