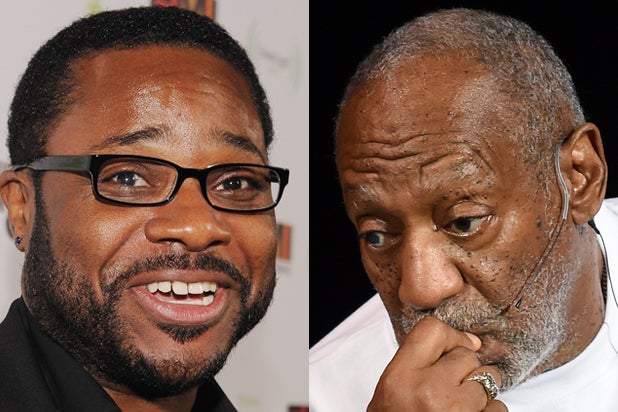 “He’s one of my mentors, and he’s been very influential and played a big role in my life as a friend and mentor,” the actor and musician told Billboard in an interview published online Wednesday. “Just as it’s painful to hear any woman talk about sexual assault, whether true or not, it’s just as painful to watch my friend and mentor go through this.”

As TheWrap previously reported, nearly 30 women have accused Cosby of rape, sexual assault or drugging their drinks, with many coming forward for the first time in recent weeks.

Warner, who played Theo Huxtable for eight seasons on NBC’s “The Cosby Show,” had maintained his silence about the allegations until now.

“I can’t really speak on any of the allegations because obviously, I was not there. The I know has been great to me and great for a lot of people. What he’s done for comedy and television has been legendary and history-making,” he continued. “What he’s done for the black community and education has been invaluable. That’s the I know. I can’t speak on the other stuff.”

Also Read: Larry Wilmore on Bill Cosby: ‘That F—cker Did It’ (Video)

But so far none of his “Cosby Show” co-stars have been openly critical. The comedian’s onscreen wife Phylicia Rashad and onscreen daughter Keshia Knight Pulliam have both defended him

“I wasn’t there,” Pulliam told the “Today” on Jan. 5. “No one was there except for the two people who know exactly what happened,” said Pulliam, who played Rudy Huxtable on the NBC sitcom. “All I can speak to is the man that I know and I love.”

Rashad spoke out the following day, defending Cosby while also blasting his accusers. “What you’re seeing is the destruction of a legacy,” she said. “And I think it’s orchestrated. I don’t know why or who’s doing it, but it’s the legacy. And it’s a legacy that is so important to the culture.”

After NBC’s long-running family sitcom concluded in 1992, Warner had stints on “Here and Now” and “The Magic School Bus,” eventually starring alongside Eddie Griffin on UPN ‘s sitcom “Malcolm & Eddie.” More recently the 44-year-old talent was nominated for a Grammy Award for his work on jazz musician Robert Glasper’s album “Black Radio 2.”

Cosby, meanwhile, has suffered career blowback in the wake of the allegations, with NBC dumping a comedy that it was developing for the comedian as a starring vehicle, and Netflix postponing a special that would have starred Cosby and was intended to premiere over the Thanksgiving holiday.