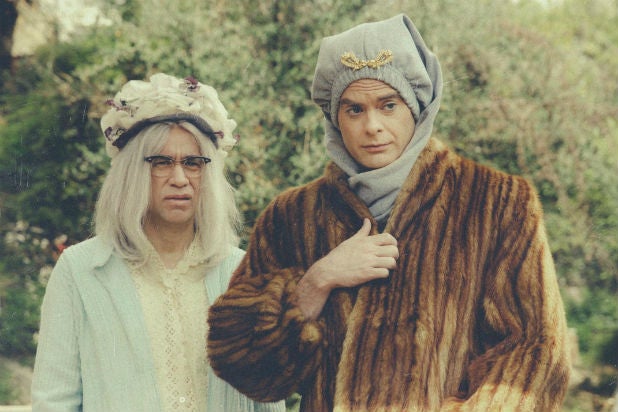 A parody of famous documentaries, “Documentary Now!” stars Hader and Armisen as journalists who travel to Mexico to cover drug cartels, an indifferent ’70s rock band and a wealthy mother-daughter duo turned recluses.

“It’s a real specific kind of show, but I think for the … very thin amount of people that are looking for a very accurate fake documentary show, this is right up their alley,” executive producer Seth Meyers said of the show.