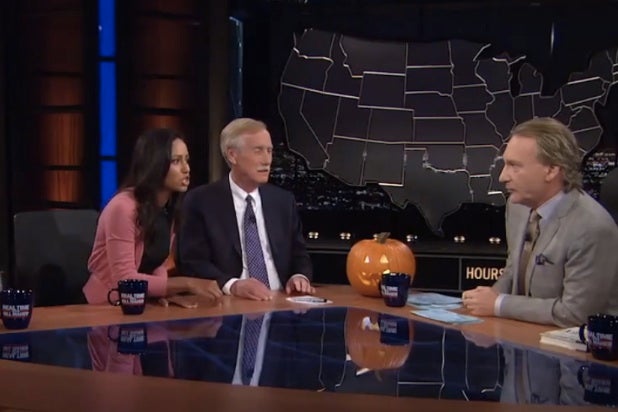 Rula Jebreal thinks Bill Maher is wrong on Islam, and she had sharp criticism for the comedian Monday in an interview with Salon.

Imagine if Bill Maher would have said that Judaism acts like a mafia. Imagine something like that in the ’20s. Let’s go back. It would be considered anti-Semitic – and it is anti-Semitic. But he gets away with it, because now the thing is to be anti-Muslim. And this is where I would love for him to reflect deeply. Because these things have an impact …. What he is doing is un-American, going after a whole group of people.

See video:  Bill Maher Won’t Let UC Berkeley’s Petition Stop Him: ‘My Reputation Isn’t on the Line, Yours Is’

The Palestinian journalist, who caused a stir this summer for calling out MSNBC’s coverage while on the network, went on to call Maher misguided and misinformed. She then invited him to debate the topic of Islam whenever he wants. Her harsh words came after the two got into a heated exchange on Friday’s “Real Time” over what she thinks are his bigoted generalizations of Islam.

“I rather resent the idea that I’m comparable to an anti-Semite,” Maher said when Jebreal insisted he wouldn’t make general statements about Jews.

Jebreal — who’s been an outspoken critic of the mainstream media’s coverage of the Middle East for what she perceives as a pro-Israeli and anti-Muslim bias — went toe-to-toe with Maher on his condemnation of Islam. Maher defended himself, claiming all he’s ever done is “read facts” about Islam.

After a few minutes of debating Jebreal, Maher moved off the topic which Jebreal clearly wanted to discuss further.

See, its all good with Rula and me! pic.twitter.com/dPKD4pGHRS

Watch the original segment below.