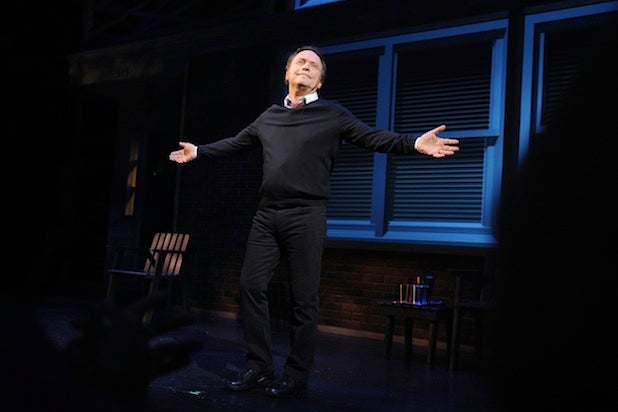 Billy Crystal is returning to the small screen.

The “Soap” alum and “When Harry Met Sally” star has landed a series order for his project “The Comedians” from FX.

Josh Gad (“Frozen”) also stars in the series, which has received a 13-episode order.

Crystal plays a superstar veteran comedian who’s reluctantly paired with Gad, an edgier up-and-coming star. The series is billed as “an unfiltered, behind-the-scenes look at a late night sketch comedy show where egos and generations collide.”

“Mad TV” alum Stephnie Weir is also among the cast, along with Matt Oberg (“Hart of Dixie”) and Megan Ferguson (“Mad Men”).

“We’re incredibly excited about ‘The Comedians’ and the fact that Billy Crystal will be making his return to series television on FX,” FX Networks and FX Productions President of Original Programming Nick Grad said of the project. “The chemistry between Billy and Josh is amazing, and Larry, Matt, Ben and Billy did a fantastic job of making what is certain to become one of the best comedies on TV.”

The series, which is based on a Swedish show by the same name, will go into production this year for a 2015 premiere.