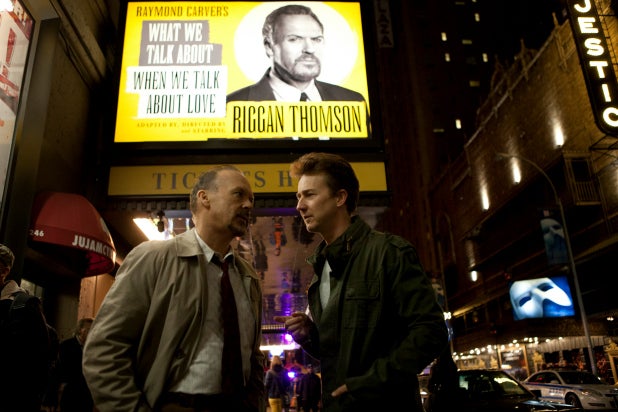 “Birdman” and “Gone Girl” were named the best original and adapted screenplays of 2014 at the 10th annual Final Draft Awards, which took place on the Paramount Pictures lot in Hollywood on Thursday night.

“Birdman” won over fellow Oscar nominees “Boyhood,” “The Grand Budapest Hotel” and “Nightcrawler,” as well as “Interstellar.” “Gone Girl,” which was not nominated by the Academy, beat Oscar nominees “The Imitation Game,” “The Theory of Everything” and “American Sniper,” along with “Guardians of the Galaxy.”

“True Detective” and “The Big Bang Theory” were named the best television drama and comedy, respectively.

The winners were chosen by the votes of users of Final Draft screenwriting software.

The Hall of Fame Award went to Scott Alexander and Larry Karaszewski, the writing team responsible for “Big Eyes,” “The People Vs. Larry Flynt” and “Ed Wood,” among others.

A number of awards were also presented in the Big Break Screenwriting Contest, which awards more than $80,000 to aspiring screenwriters.