“To ALL the people in the world I love, honor, respect and care for it is both exciting and bittersweet to share that black-ish been RENEWED by ABC for it’s EIGHTH… and FINAL SEASON,” Barris wrote. “In this day and age it is rare to get to decide when your show should come to an end, and we are grateful along with ABC to be able to make this final season exactly what we’d hoped for – and to do it with the entire and AMAZINGLY STELLAR cast coming back to close this chapter out with us the right way!”

“This show has changed my life in so many ways and I am so proud of the conversations we’ve started along the way,” his post continued. “None of this would have been possible without our audience and supporters, who have championed the show every step of the journey; allowing us to change not just the narrative of Black Families, but of Family, Culture, and and the World in general. All the while allowing us to talk about things that people were not supposed to talk about period and especially on a network television comedy.” 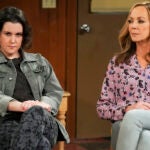 “Thank you to everyone who made it possible to get to this point! The cast, crew, writers, directors, executives, and especially my family, who allowed me to mine so many deeply personal moments from them (many times forgetting to give them the heads up) and show them to the world,” Barris concluded. “Tears fill my eyes and a smile brightens my face as I say thank you to ALL of my blackish family for all you have given of yourselves.”

“Black-ish,” which hails from Disney Television Studios’ ABC Signature, examines one man’s determination to establish a sense of cultural identity for his family. The series continues to tell stories that shine a light on current events through the lens of the Johnson family; during the seventh season, they addressed the global pandemic, voting, systemic racism and the movement for social justice and equality.

The Season 7 finale of “Black-ish,” titled “Urban Legend,” airs Tuesday at 9/8c on ABC. In the episode, Dre feels pigeonholed to the urban marketing team at Stevens & Lido and realizes he needs to make some big career changes. Boyz II Men stop by the office to help out the team with a SoFi campaign pitch. Meanwhile, Junior (Marcus Scribner) has to deal with the twins who are overstaying their welcome at his and Olivia’s (Katlyn Nichol) apartment. 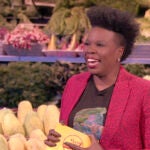 We are awaiting word on the fate of “Mixed-ish,” a prequel series that follows a young Rainbow Johnson (Tracee Ellis Ross in “Black-ish” and Arica Himmel as Bow Johnson in “Mixed-ish.”) But considering Barris also created the lower-rated “Mixed-ish” but we do not yet have renewal news for that one, we’re not too optimistic for more.

“Mixed-ish” follows Bow’s parents, Paul (Mark-Paul Gosselaar) and Alicia (Tika Sumpter), who are forced to move from a hippie commune to the suburbs to better provide for their family after the dissolution of their cult.