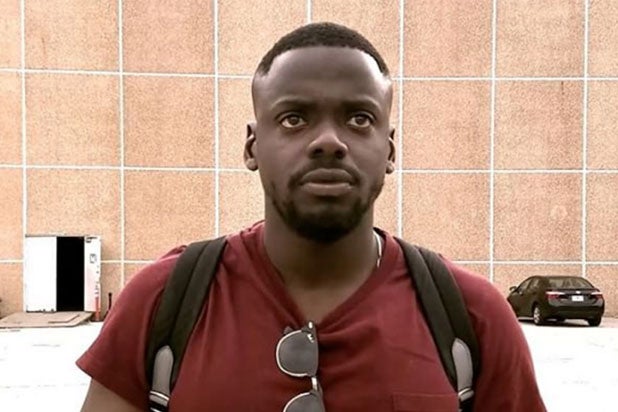 The cast and crew of Marvel’s 2018 film “Black Panther” decided to scare the bejeezus out of “Get Out” star Daniel Kaluuya by participating in the #GetOutChallenge.

The #GetOutChallenge is the new social media craze influenced by a very particular scene in Jordan Peele’s movie. Participants are to mimic the scene in which Chris (Kaluuya) steps outside in the middle of the night for a smoke and encounters Walter running full speed at him before making a quick turn.

Posted on Instagram by “Black Panther” star Lupita Nyong’o, the video features Kaluuya scrolling on his phone when he realizes at least a dozen people sprinting straight for him.

Also Read: What the Hell is the 'Get Out' Challenge? A Short Explainer

“Black Panther,” which will focus on T’Challa (Boseman) after he first made his appearance in last year’s “Captain America: Civil War,” opens Feb. 16, 2018.

“Get Out” is a critically-acclaimed box office phenomenon: so far, it’s made over $160 million on a budget of $4.5 million. Peele became the first African-American debut feature director to cross the $100 million mark.