Warner Bros. has released new posters for “Blade Runner 2049,” which give a fresh glimpse at the film’s lead duo: Ryan Gosling and Harrison Ford.

In Gosling’s poster, he strolls through a misty street as LAPD Officer K past a dapper-looking car. Ford, in his poster, walks through ruins holding a gun.

The sequel to “Blade Runner,” written by Hampton Fancher and Michael Green, is set several decades after Ridley Scott’s 1982 original, which Fancher also had a hand in writing. The movies are based on Philip K. Dick’s novel “Do Androids Dream of Electric Sheep.”

Thirty years after the events of the first film, a new Blade Runner, LAPD Officer K (Gosling), unearths a long-buried secret that has the potential to plunge what’s left of society into chaos. K’s discovery leads him on a quest to find Rick Deckard (Ford), a former LAPD blade runner who has been missing for 30 years.

Scott’s original classic depicted a dystopian Los Angeles in which genetically-engineered human replicants are created by a powerful corporation. Replicants are not permitted on Earth, and those replicants who deny the ban are hunted by police operatives called Blade Runners.

The film opens on October 6, nationwide. 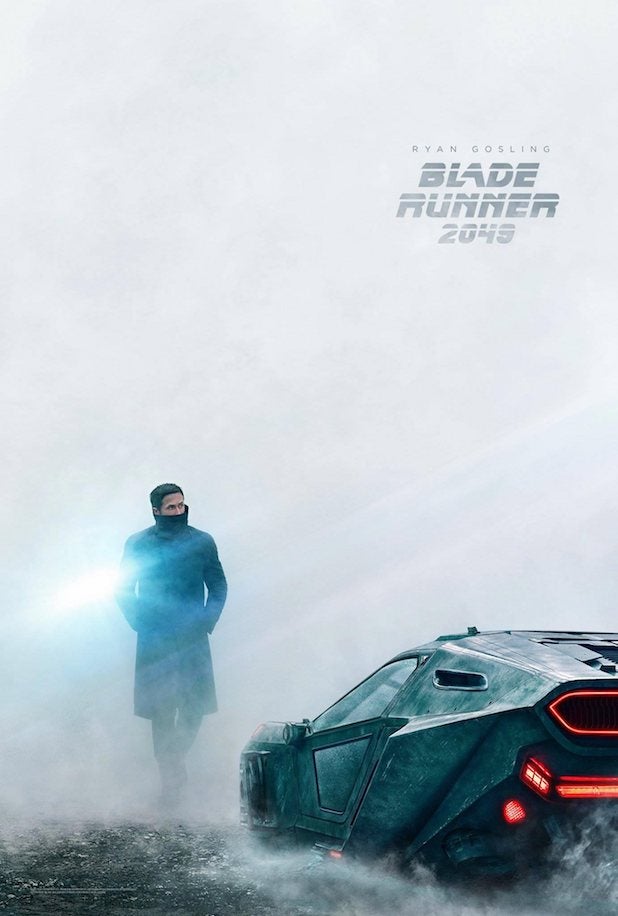 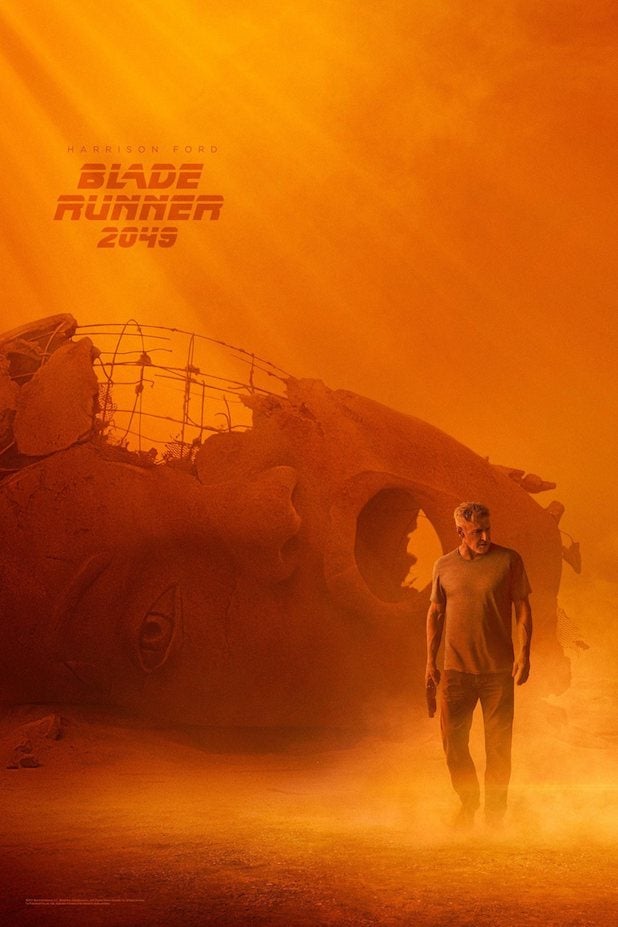