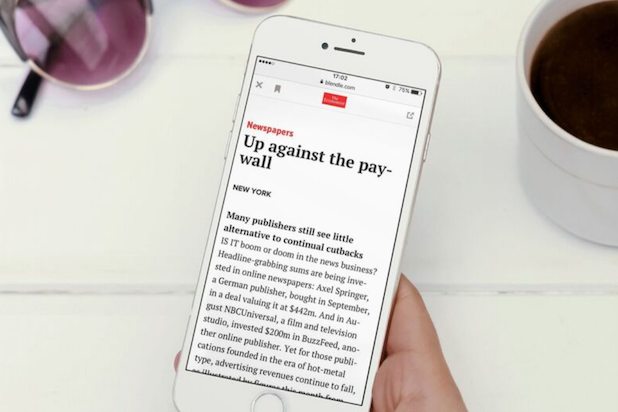 Blendle, which is often described as the “iTunes for journalism,” made its debut in the U.S. on Wednesday with the New York Times and Wall Street Journal among the high-profile publications on the pay-per-story app.

Blendle sells access to articles across various newspapers, magazines and websites for as little as 9 cents each, and even offers a refund if a customer isn’t satisfied with a particular purchase.

Back in 2014, the New York Times and Axel Springer Digital Ventures agreed to invest 3 million euro ($3.8 million) in Series A financing of then-startup Blendle in exchange for 23 percent of the company.

Blendle was started in early 2014 by former journalists Alexander Klöpping and Marten Blankesteijn.