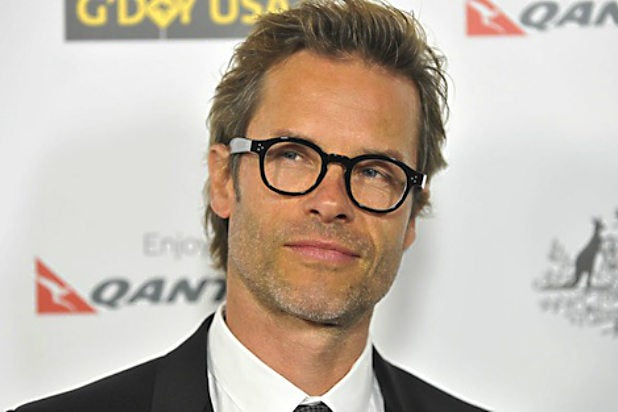 Guy Pearce is in talks to replace Micahel Sheen in Sony’s “Bloodshot,” an individual with knowledge of the project tells TheWrap.

Scheduling issues forced Sheen to leave the film which is currently in production.

Pearce would play Dr. Emil Harting, the genius responsible for the cutting-edge nanotechnology that exists inside the human body to not only repair it, but push it further than normal human limitations.

Aside from Vin Diesel, who is starring in the film in his live-action superhero role, Pearce joins the likes of Toby Kebbell, Eiza González, Talulah Riley, Alex Hernandez and “Outlander’s” Sam Heughan for the project.

The film will also reunite Diesel with “Fast and Furious” mega-producer Neal Moritz. This is the first time that Moritz and Diesel have worked together outside of the “Fast and Furious” franchise. Dan Mintz, founder of DMG Entertainment is the executive producer. DMG recently acquired the entirety of Valiant Entertainment’s IP.

“Bloodshot” is about a mortally wounded soldier resurrected with cutting-edge nanotechnology, tasked with rounding up super-powered outcasts known as “harbingers.” The “Bloodshot” comic series was created by Kevin Van Hook, Don Perlin and Bob Layton in 1992.

Over its comic-book run, “Bloodshot” amassed 110 issues with more than 7.5 million copies sold via publisher Valiant. Valiant’s library represents an untapped wells of intellectual property: Its bench has more than 2,000 superhero characters (with lifetime sales of more than 80 million copies), making it the third largest library of superheroes behind Marvel and DC — and the only one not currently owned by a major conglomerate. Valiant’s comic books are the best-reviewed books over the past five years; “Bloodshot” in particular has been honored with numerous critics’ awards.

According to insiders, Sony and Wilson plan to follow in the footsteps of the recent success of “Logan” and “Deadpool” with an R-rated take on the comic adaptation that will be tonally and aesthetically influenced by high-concept, sci-fi blockbusters of the late 1980s, including “Robocop,” “Terminator” and “Total Recall.”