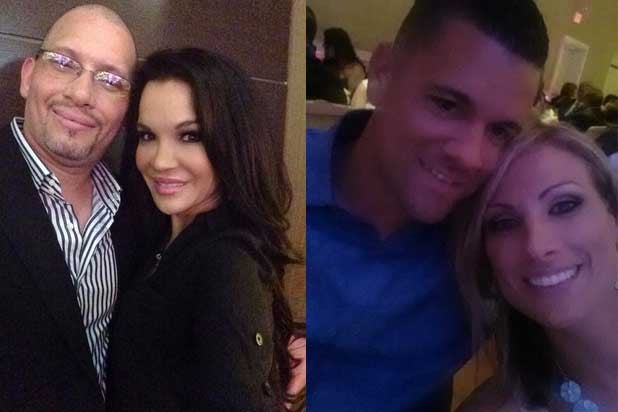 Bravo beauty pageant reality show “Game of Crowns” might have something in common with HBO’s “Game of Thrones,” after all.

A private premiere party at the Foxwood Casino in Connecticut ran red with blood on Sunday when husbands of co-stars Vanassa Sebastian (above, left) and Leha Guilmette (above, right) got in a fight that ended with one taking a page from Mike Tyson‘s playbook.

TMZ reports that Guiltmette’s husband, Nick, bit the ear of Sebastian’s husband, Brian, twice during a scuffle that was eventually broken up by security.

No arrests were made.

“This was a private event, planned by someone on the cast, and not sponsored or attended by Bravo,” the network said in a statement. “As a result, we have no comment.”

The reality show about married women competing in “Mrs.” beauty pageants airs on Sundays after “The Real Housewives of New Jersey.”