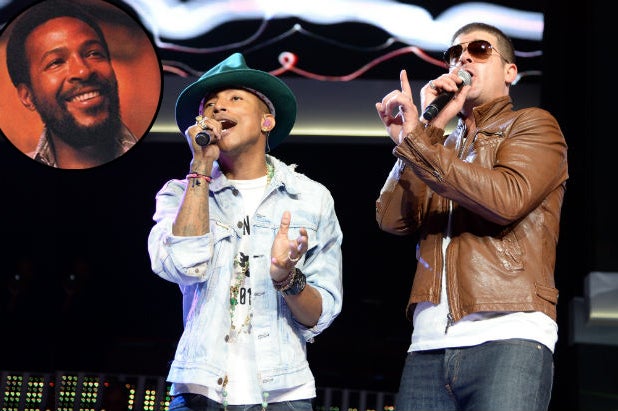 Regardless of whether Marvin Gaye’s relatives triumph in the lawsuit over the song “Blurred Lines,” one thing’s for sure — the legal action has already yielded financial benefits for the Gaye family.

As a jury deliberates over whether the song by Pharrell Williams, Robin Thicke and rapper T.I. ripped off Gaye’s 1977 hit “Got To Give It Up,” digital sales numbers reveal a big boost for the Gaye single.

In fact, in the first week of the trial, sales of the song nearly doubled, surging 94 percent, according to data from Nielsen SoundScan.

Also Read: Pharrell Williams Takes the Stand at ‘Blurred Lines’ Trial: ‘This Is the Last Place I Want to Be’

Even before the trial, the controversy over the similarities between “Blurred Lines” and “Got to Give It Up” appears to have boosted sales of the Gaye song. The biggest week of digital sales on record for “Got to Give It Up” — during which it sold 6,300 copies — occurred in the second half of August 2013 — the same month that Thicke preemptively filed suit against the Gaye family.

The lawsuit seems to have given a boost to “Blurred Lines” as well — although not as big of a boost, depending how you look at it.

While sales of hit single “Blurred Lines” have handily trumped those of “Got to Give it Up,” percentage-wise the bump has not been quite as impressive. The week before the trial, digital sales of “Blurred Lines” sat at approximately 4,000, while the first week of the trial saw them rise to about 6,000, for a 52 percent bump.