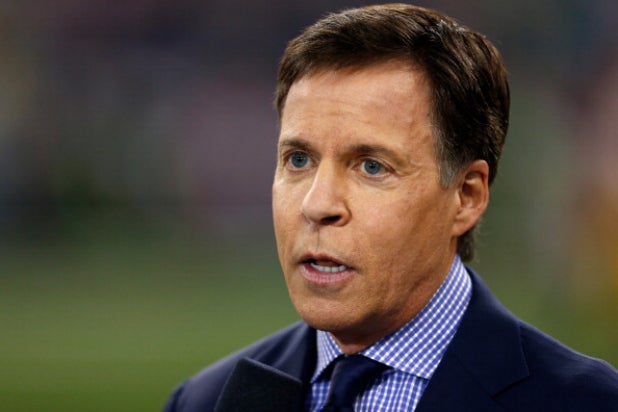 Bob Costas weighed in on the punishment levied against the New England Patriots quarterback Tom Brady for Deflategate by saying, “These are self-inflicted wounds.”

The sportscaster also said that Brady’s response to the scandal was lacking. “I think [Brady] mishandled it with the league, and he also mishandled it in the court of public opinion,” Costas said.

“Think back, if he just said this: ‘Look, we all look for an edge. I like the football at the lowest possible end of what’s allowable. I communicated that to the equipment guys. If they went a bit overboard, I’m sorry. My bad, see you later,” Costas said.

Costas went on to say that the NFL should appoint outside groups to decide such cases in the future. “I think in the long term it’s in the NFL’s best interest to have all these cases decided like baseball does by an independent arbitrator so that there isn’t this appearance of partiality,” he said.

Costas did say, however, that the scandal will have a limited effect on Brady’s reputation. “He’s still a first-ballot Hall of Famer, would’ve done pretty much what he did with inflated or deflated footballs. This is not Barry Bonds using steroids,” he said.

The controversy began after the 2014 AFC Championship game in which the Patriots defeated the Indianapolis Colts. Reports indicated that the NFL was investigating the Patriots for using balls that were not fully inflated during the game.

Also Read: Tom Brady Stays Silent on Deflategate: 'I Don't Have Any Reaction Yet'

Investigator Tom Wells said in his NFL-commissioned report on Deflategate that “it is more probable than not” that Brady knew the balls his team was using were under-inflated.