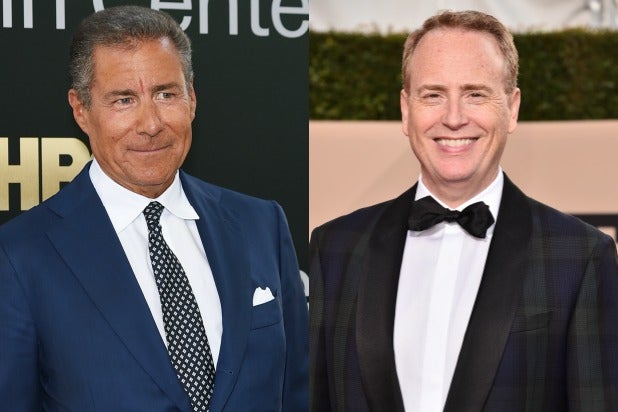 Outgoing HBO boss Richard Plepler was not the first “Mr. Prestige,” and he (hopefully) won’t be the last. Bob Greenblatt is the new overseer of the high-quality television channel, and the former top NBC exec is fully prepared to carry both the torch and the nickname.

“Richard did a phenomenal job for many years in running that network at the top of its game — and of the entire industry,” Greenblatt told TheWrap on Monday. “The first thing I want to do is not undo all that.”

“I produced ‘Six Feet Under’ at HBO back at the time when Chris Albrecht was ‘Mr. Prestige,’ [in] the time of ‘The Sopranos’ and ‘Sex & The City,'” Greenblatt said. “I think that is an indication that the network is the thing. We’re all stewards of it for a certain amount of time, and hopefully we share the same kind of vision. And I do, because I love HBO and I believe it’s the classiest network in the world and I would love to maintain that with all my heart. And hopefully I will.”

The HBO Greenblatt inherits is different than the one Plepler leaves. AT&T purchased HBO owner Time Warner in 2018 for $85 billion. With an investment that sizable, the parent company’s top executives have not been shy about saying HBO needs more content, more subscribers and more revenue.

Bob knows what that means, but he’s not willing to sacrifice quality for quantity.

We’re existing in a world where “volume is the first topic,” Greenblatt told us when we asked about his job-interview discussions on how to balance seemingly polar-opposite tasks.

Greenblatt acknowledged: “We’ll never be in the Netflix-volume business — it’s just not possible.”

That’s an un-winnable game, one that would sacrifice HBO’s prestige-level pretty quickly, he said, adding that “curation” is the key word in his new gig.

“It’s never been a more exciting time to put shows together,” Greenblatt said. “It’s gonna be our job to do more and still be very judicious.”

Stick with TheWrap for more from our wide-ranging Monday conversation with Greenblatt, who now also oversees Turner and upcoming streaming service WarnerMedia.