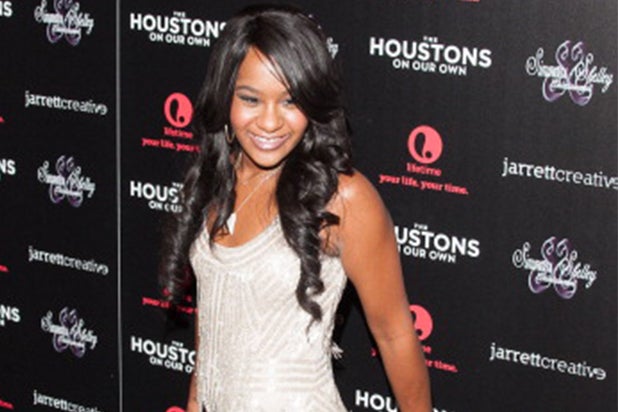 As Bobbi Kristina Brown fights for her life in the hospital, her cousin, Jerod Brown, is encouraging the public to pray for the 21 year old with a new video.

Jerod announced the video on Instagram on Sunday, posting a photo with the caption “On the set of ‘#PrayForBK’ video shoot.”

Brown did not elaborate on the contents of the video, or when and how it will be released.

Last week, Jerod announced that he and Bobbi Kristina’s boyfriend, Nick Gordon, were teaming up to produce a T-shirt bearing her image, with the hashtag #PrayforBK underneath.

“I thank you all for your continued support!!!! Myself & Nick Gordon want to show our appreciation by sending a personal #PrayForBK T-shirt free of charge!” Brown wrote on his Facebook page.

Bobbi Kristina Brown, the daughter of Bobby Brown and deceased singer Whitney Houston, was found facedown and unresponsive in the bathtub of her Georgia home on Jan. 31. After being rushed to the hospital, she was placed in a medically induced coma and attached to a ventilator. According to recent reports, Brown underwent a tracheotomy and doctors began the process of bringing her out of her coma, but reversed course after she began suffering seizures.

Gordon, who says that he’s been blocked from visiting Bobbi Kristina in the hospital, has been highly critical of Brown’s father, telling him to “Grow up” in a Twitter post last month.

Jerod, meanwhile, has come under fire from Bobby Brown‘s attorney, who said in a statement last month that the cousin “must be disregarded.”

“Jerod Brown aka Jerod Carter aka YF Kennedy, continues to makes statements and appear on television, however, he has not had any communication with Bobby Brown or the Houston family,” the statement reads. “He must be disregarded.”