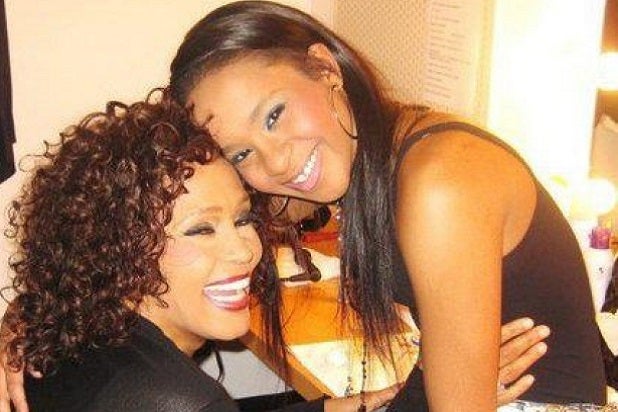 As Bobbi Kristina Brown turns 22 years old, it does not appear that her dire medical condition has improved at all.

“Today is Bobbi Kristina’s 22nd birthday and we ask you to continue to keep her in your prayers as she is still fighting the battle of her life,” Patricia Houston, president of ‘s estate, wrote in the statement.

The estate included a photo of Brown with her mother (above) with the statement.

The estate last commented on Brown’s condition on Feb. 11, the third anniversary of Houston’s death, noting, “We thank you again for your continued prayers of love and restoration and we thank you for respecting the family’s privacy at this time.”

Bobbi Kristina was rushed to the hospital and placed in a medically induced coma after being found face-down and unresponsive in the bathtub of her Georgia home on Jan. 31. Last week, doctors reportedly attempted to bring her out of her coma, but reversed course after Brown suffered seizures.

Her father, Bobby Brown, has remained by her side during the ordeal, however, Bobbi Kristina’s boyfriend has been engaged in a battle with her family to visit her in the hospital.

Instead of a visit, Gordon offered her birthday wishes via Twitter.

It was a slightly sunnier tone than Gordon struck a day earlier on Twitter, when he hinted at suicidal feelings.

“I’m so hurt I wanna do myself in, I know I have to [be] strong,” Gordon tweeted at the time.