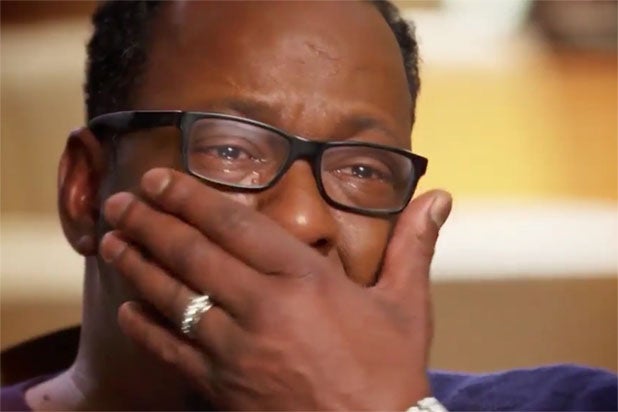 Watch out, Bobby Brown; they’re coming to get you. At least that’s the word from your sister, Leolah.

Leolah Brown took to her Facebook account on Sunday to warn that Brown, the ex-husband of deceased singer Whitney Houston and father of their ill-fated daughter Bobbi Kristina Brown, is being targeted by a conspiracy among those who, she says, got to Houston and Bobbi Kristina.

“Way too much is going on in the conspiracy and cover up of my sister and niece’s murder! AND NOW THEY ARE CONSPIRING TO COME FOR MY BROTHER BOBBY!” Leolah wrote. “And it does not take a rocket scientist to recognize what is and has taken place.”

Leolah continued, “Furthermore, they want MORE BLOOD! So just be patient with me and hold on. No one is near as anxious and angry as I am right now-as you can see I stand basically alone in my fight for Whitney and Krissi.”

In a “20/20” interview (pictured above) airing Tuesday, Bobby Brown also notes similarities between the deaths of Houston and Bobbi Kristina. Speaking to Robin Roberts, Brown made a veiled reference to Bobbi Kristina’s boyfriend Nick Gordon, who is being sued for $10 million by Brown and Bobbi Kristina’s conservator, who allege wrongful death. (Gordon denies the allegations.)