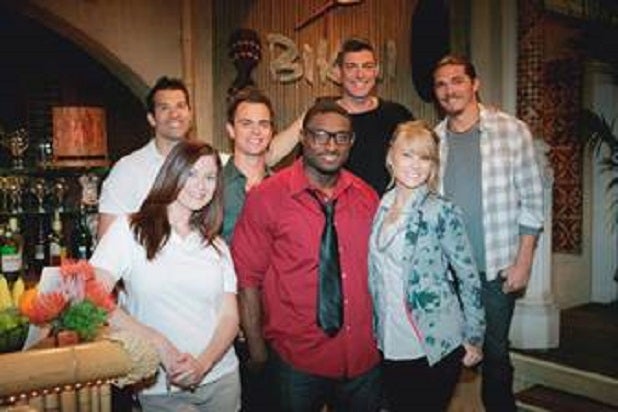 “The Bold and the Beautiful” is going to get real in the next couple of weeks.

CBS’s soap opera is recruiting contestants from the network’s reality shows “Big Brother,” “Survivor” and “The Amazing Race” to appear on “Bold,” the network said Friday.

“Big Brother” houseguests Howard Overby, Jeff Schroeder, Rachel Reilly, Brendon Villegas and Elissa Slater will appear on “The Bold and the Beautiful” Oct. 24 -25, making an appearance on the show’s Bikini Bar set with series regulars Kim Matula and Darin Brooks. Reilly and Slater will also appear on the show Oct. 30-31, in the Forrester Boutique. (In addition to appearing on “Big Brother,” Villegas, Reilly and Schroeder also competed on “The Amazing Race.”)

“Survivor” contestant Malcolm Freberg will also appear on the soap.

This isn’t the first time that CBS has staged a “B&B”/reality mashup; Villegas, Freberg and Reilly have previously appeared on the soap, which celebrated its 26th anniversary in March.

Curiously, this year’s stand-out contestant Aaryn Gries is being left out of the festivities, but that might be because she’s probably busy shopping for her winter wardrobe at Linens n Things.

Watch a snippet of the convergence below: