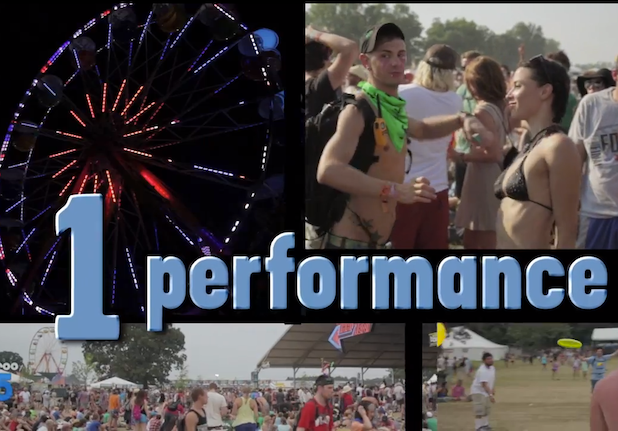 Bonnaroo and YouTube network Indmusic have collaborated on a new documentary series that follows a “Soopergroop” of musicians who performed at the popular musical festivalthis year. The series debuts on Bonnaroo’s YouTube channel Tuesday with all eight episodes going online at the same time.

Bonnaroo has previously made documentaries of its “SuperJam,” an assemblage of prominent musicians. My Morning Jacket’s Jim James and John Oates led last year’s performance, which featured guests R. Kelly and Brittany Howard of the Alabama Shakes. There was also a hip-hop SuperJam.

Yet for the “Soopergroup,” Bonnaroo turned to Indmusic, a multi-channel network that helps record labels and other clients monetize their YouTube channels. (Their most prominent effort to date was printing money for Mad Decent with the “Harlem Shake'”).

“They wanted a YouTube version of [SuperJam],” Indmusic CEO Brandon Martinez told TheWrap. “We wanted a big combination of artists you’d never expect to perform together.”

Indmusic and the festival settled on famed battle rapper Soul Khan, hip-hop duo Black Violin, electro-funk duo Knower and popular YouTuber Jeni Suk. Three of the acts are in Indmusic’s network, and the network will figure out how to use the series to boost their personal YouTube channels.

The artists did not meet until the Wednesday before the festival, and Bonnaroo filmed them from their trip to Tennessee until their departure.

A couple of the episodes feature performances. The rest show them backstage, rehearsing, and doing everything you do behind-the-scenes at a festival.

There’s also a mixtape, but here’s what they came up with in terms of video: