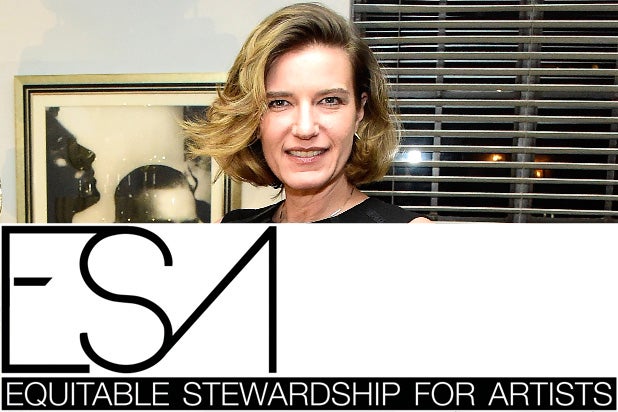 Boutique Hollywood talent agency Equitable Stewardship for Artists has been hit with a civil suit for sexual harassment and wrongful termination for firing its only female agent after she complained of mistreatment in 2014.

Rachel Sheedy was the only female agent at the male-run agency when she joined from Jeff Berg‘s defunct Resolution, according to documents filed last Thursday in Los Angeles Superior Court.

She arrived with clients like Gina Gershon and Molly Ringwald (both have subsequently left), and suit claimed she brought in “more money in commissions than several of her male colleagues combined.”

Perhaps as a result, the filing said, her male colleagues “regularly treated her with disrespect; they commented that she should ‘take off [her] clothes,’ made insinuating comments about where she was ‘last night,’ and on one occasion a male assistant referred to Sheedy as a ‘slut.'”

An Equitable Stewardship for Artists spokesperson had no comment. Representatives for Sheedy did not return requests for further comment.

Sheedy said she shrugged off “displays of disrespect for fear of being called a bad team player or a humorless prude,” but eventually lodged a complaint with ESA principal and legal affairs head Lee Rosenbaum.

The agency launched a two-week investigation which concluded with Rosenbaum finding no wrongdoing and terminating her employment four months before the expiration of her year-long contract, the suit said.

ESA subsequently hired Susan Streitfeld, who is the only female agent currently listed in the company’s staff directory.

During the internal investigation, Sheedy said her colleagues conducted business with her clients and intentionally left her off of communications like emails and contract deliveries. She’s seeking a jury trial for sexual harassment and breach of contract, among other charges, as well as more than $25,000 for loss of income and other damages.