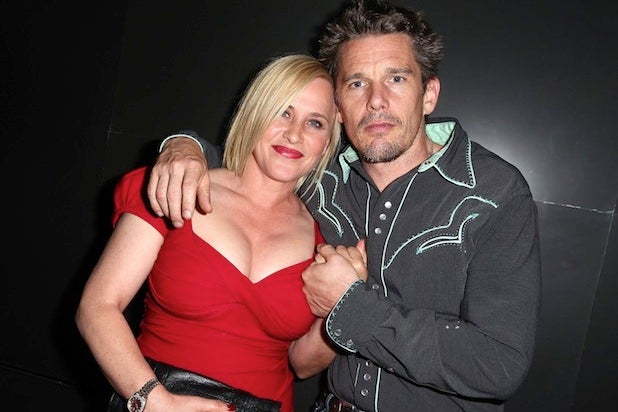 The award will be presented at a tribute to the careers of Arquette and Hawke on Thursday, Feb. 5 at the Arlington Theatre.

In the past, the American Riviera Award has gone to Robert Redford, Quentin Tarantino, Martin Scorsese, Annette Bening and Sandra Bullock, among others. This marks the first time that the festival has given the award to two people.

Arquette has been acting for more than 25 years in a wide range of film and television projects, including the films “True Romance,” “Ed Wood” and “Bringing Out the Dead” and the television series “Medium,” for which she was won an Emmy and was nominated for three Golden Globes.

Hawke has received Oscar nominations for his role in “Training Day” and for co-writing “Before Sunset” and “Before Midnight,” two previous collaborations with Linklater. His other films include “Dead Poet’s Society” and “Reality Bites,” while his documentary “Seymour: An Introduction” will be released by Sundance Selects next year.

The Santa Barbara International Film Festival will begin on Jan. 27 and run through Feb. 7 in the coastal town north of Los Angeles.