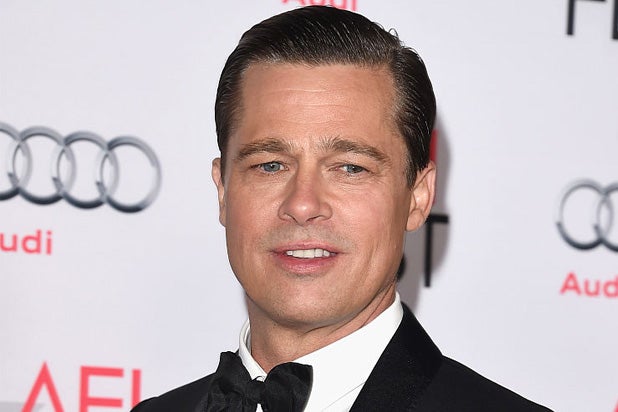 The Federal Bureau of Investigation is considering whether to investigate Brad Pitt over a child abuse allegation that has been leveled against the actor.

In a statement to TheWrap, a spokesperson for the bureau said that it is “continuing to gather facts  and will evaluate whether an investigation at the federal level will be pursued.”

“In response to your inquiry regarding allegations within the special aircraft jurisdiction of the United States; specifically, an aircraft carrying Mr. Brad Pitt and his children, the FBI is continuing to gather facts and will evaluate whether an investigation at the federal level will be pursued,” the spokesperson said.

Earlier Thursday, both People and TMZ reported that Pitt and wife Angelina Jolie were traveling on their private plane last week with some of their children, and at some point during the flight, Pitt went off on one of the kids. The incident then allegedly continued on the tarmac once the plane landed.

According to People’s source, someone anonymously reported the alleged abuse to the Los Angeles County Department of Children and Family Services. CNN reported DCFS interviewed Pitt shortly thereafter. However, TheWrap has confirmed that the Los Angeles Police Department is not currently investigating Pitt.

The DCFS told TheWrap that due to confidentiality laws they are unable to confirm or deny whether they are currently investigating Pitt. Representatives for Pitt have not yet responded to TheWrap’s request for comment.

Earlier this week, Jolie filed for divorce from Pitt. The couple had been together for 12 years and married for two.

In the divorce filing, Jolie cited “irreconcilable differences” and listed their separation date as Sept. 15, the day after the airplane incident allegedly happened.