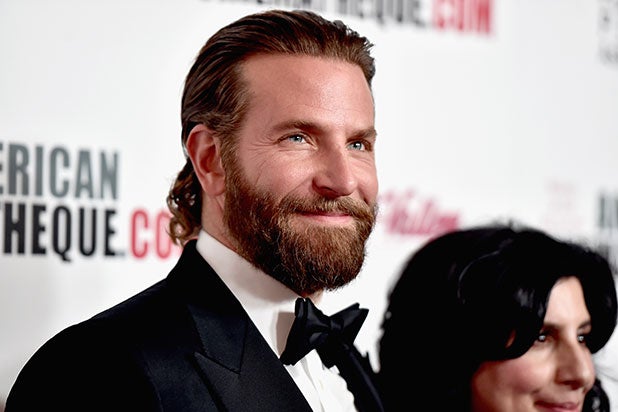 “Hotel Artemis” and “Inner City” were also approved for tax credits, while an untitled Universal project and an untitled Paramount title were also admitted. The latter would have been ineligible under the state’s first-generation tax credit program (Program 1.0) because it excluded projects with budgets greater than $75 million. Program 2.0 is open to film projects with any budgets (although credits are capped to each studio-produced film’s first $100 million in qualified spending).

The Paramount film is set to employ nearly 300 cast and crew members and is estimated to bring in more than $100 million in qualified in-state spending, including $50 million in wages for below-the-line workers. Ten of the films will be shot at least partially outside of the L.A. 30-Mile-Zone, which means films will be spread across the state.

Last year, Disney’s “A Wrinkle in Time” was selected to receive part of $109 million in tax credits, signaling a milestone for the state’s expanded Film & Television Tax Credit Program 2.0, part of the state’s effort to attract more movie production business.

“Thanks to the expanded tax credit program we’re now on a path to win more and more battles in the fight against runaway production,” said California Film Commission Executive Director Amy Lemisch. “Welcoming another big-budget feature and creating jobs across the state are great news for California.”

The projects announced today are part of the second and final feature film allocation for year two of Program 2.0. The period to apply was held from Jan. 2 to Jan. 13 and saw 93 applications for a $100 million tax credit allocation.

The projects are on track to spend a total of $800 million in-state, including $300 million in qualified wages to over 4,000 cast and crew members, according to the release. The next application period for television projects is currently underway.

See all the projects approved for tax credits below. 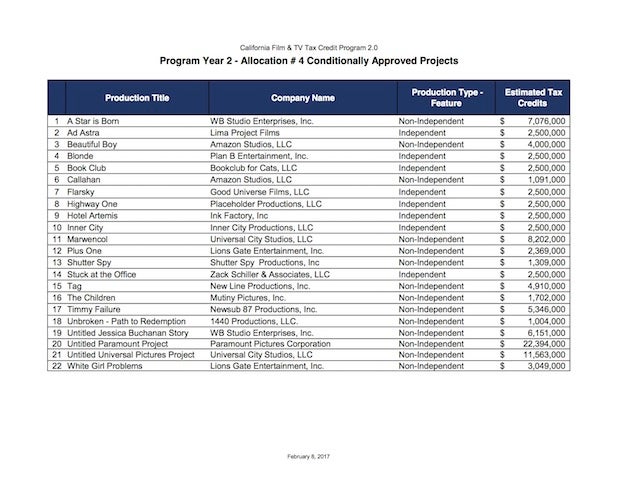