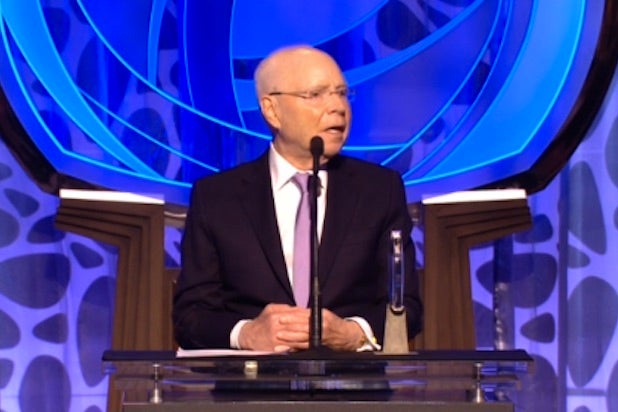 Brandon Stoddard, the former president of ABC Entertainment, who oversaw the groundbreaking mini-series “Roots,” died at his home in Bel-Air Monday following a long battle with cancer, a close friend of Stoddard’s told TheWrap. He was 77 years old.

Stoddard was inducted into the Television Academy’s Hall of Fame earlier this year.

Known as the “father of the miniseries,” Stoddard oversaw the production of “Roots,” “The Winds of War,” “The Thorn Birds,” “Rich Man, Poor Man,” “Masada,” “East of Eden” and “North and South.”

In 1970, Stoddard joined ABC  as director of daytime programs. He quickly rose through the network’s ranks, becoming president in 1985, a post he held for four years.

“Brandon was a true maverick who was instrumental in transforming prime time television,” said Robert A. Iger, chairman and CEO, The Walt Disney Company. “His influence continues, and he will be missed by everyone who had the good fortune to know him. My thoughts are with Mary Anne and their family during this difficult time.”

During his time at ABC, he oversaw a multitude of hits including “Thirtysomething,” “The Wonder Years,” “Full House,” “Roseanne,” “Twin Peaks,” and “My So-Called Life.”

Stoddard was also responsible for “The Day After,” a movie of the week about a nuclear war between the U.S and the Soviet Union, which became the highest-rated television film in history when it aired in 1983.

Stoddard is survived by his wife of 30 years, Mary Anne Dolan; his two daughters, Alexandra and Brooke; and four grandchildren.