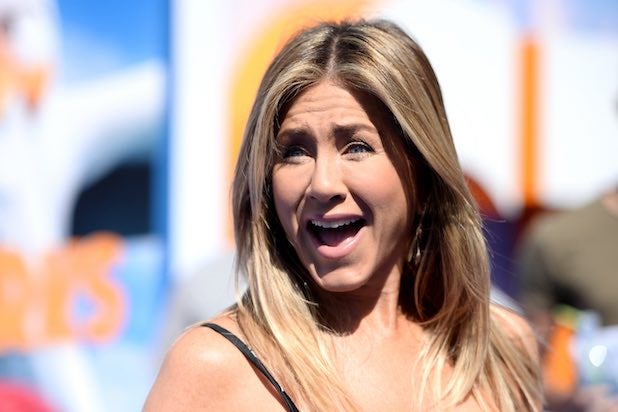 In case you hadn’t heard, Brad Pitt and Angelina Jolie are splitting up, an event that was followed by a literal earthquake in California and Jennifer Aniston trending on Twitter.

Divorce is generally a sad ending to a marriage, but when it involves two of the most recognized people on the planet, and the husband left a wife for the woman who is now divorcing him, the Internet is going to make some jokes.

People are busy imagining Aniston’s reaction to the divorce, despite the actress being happily married to “The Leftovers” star Justin Theroux.

There were the usual gif-tastic reactions, culled from a hoard of “Friends” gifs everyone’s been building for years:

There were those projecting a certain amount of schadenfreude onto the woman who — we again feel obligated to point out — married Justin Theroux:

“Actually, I think I’ll have a bagel this morning. With cream cheese. And a margarita.” – Jennifer Aniston, probably.

imagine jennifer aniston waking up on the west coast with justin theroux next to her laughing maniacally as they sip their smart water.

Also Read: The Evolution of Brad Pitt and Angelina Jolie, From 'Mr and Mrs Smith' to Divorce (Photos)

And there were those who were probably right on the money:

“I would very much like to be excluded from this narrative, one that I have never asked to be a part of, since 2005.” – Jennifer Aniston