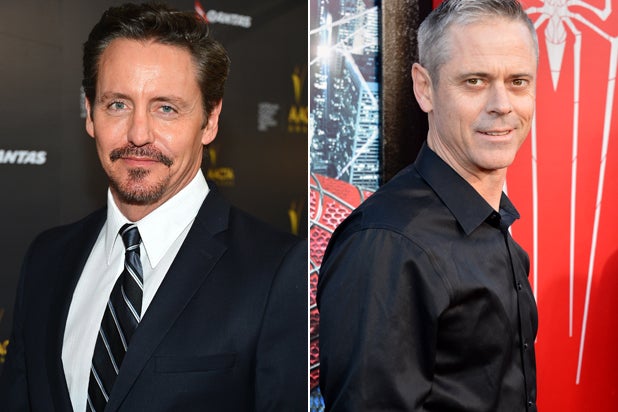 Bravo has rounded out the cast for its first scripted series, “Girlfriends’ Guide to Divorce,” from “Buffy the Vampire Slayer” and “Angel” writer/producer Marti Noxon.

TheWrap has learned that “Once Upon a Time” actor Charles Mesure and veteran actor C. Thomas Howell have joined the series in major recurring roles.

Television viewers last saw Charles Mesure in the role of Black Beard on “Once Upon a Time.” He’s also well known for playing the mysterious (and handsome) new neighbor on the eighth season of ABC’s “Desperate Housewives,” Ben Faulkner. His vast TV credits include major roles on “The Mentalist,” “Crossing Jordan” and cult hit “Xena: The Warrior Princess.” GVA, Kathryn Rawlings and AKA represent Mesure.

Howell has appeared in some of Hollywood’s most memorable movies, including “The Outsiders,” “E.T. the Extra-Terrestrial” and “Red Dawn.” Most recently, he has appeared on NBC’s “Grimm,” CBS’s “Criminal Minds” and TNT’s “Southland.” Innovative Artists, Radius and Imperium represent Howell.

The series, which is based on Vicki Iovine’s “Girlfriends’ Guide” book series, follows Abby (Edelstein), the author of a self-help book series who’s hiding her separation from her husband from the public. Starting her life over again as a single woman in her 40s, she finds that advice from divorced friends leads to startling new adventures.

From Universal Cable Productions, Noxon — who wrote the pilot — is also executive producing along with Iovine, Meryl Poster and Adam Brooks, who directed the pilot. The series is set for a 2015 debut.