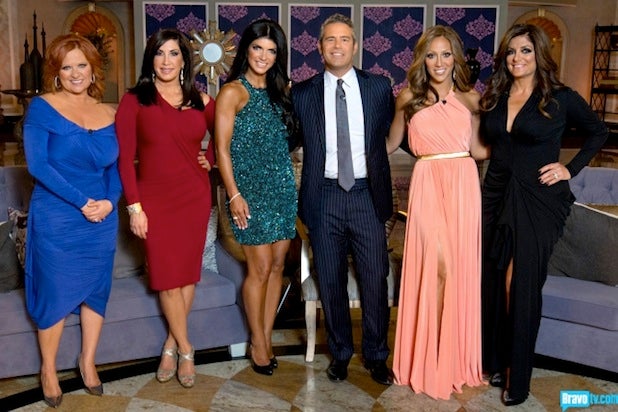 On the heels of Caroline Manzo’s recently announced exit from Bravo’s “The Real Housewives of New Jersey,” Bravo is already staffing up.

Twin sisters Nicole and Teresa (yes, another one!) Napolitano and their friend Amber Marchese are joining the series for its sixth season, a source close to production told TheWrap.

Following the show’s emphasis on family and fabulosity, the twins from Colts Neck, NJ are well known in the community.

Also read: ‘Real Housewives of New Jersey’s’ Caroline Manzo on Her Exit: ‘I Have Nothing More to Give’

Very little is known at this time about the three new cast members. According to reports, Nicole owns a Dairy Queen and Teresa is a socialite and philanthropist. Meanwhile, Marchese, a married mother of four, is a close friend to the twins. Plus, there doesn’t seem to be any connection between the new women and the existing castmembers.

A Bravo representative had no comment on the castings.

For several weeks, there have also been reports that Caroline’s sister, Dina, is negotiating a return to the series. She left during Season 2 and later had a falling out with Caroline.

Caroline announced her departure from the series on Sunday after losing her temper with polarizing castmember Teresa Giudice during the show’s second installment of its reunion special. She later said that she as leaving to preserve her dignity.

She will continue on with Bravo as her spinoff pilot, “Manzo’d With Children,” is in contention for a series pickup by the network.

Also reportedly considering an exit from the series is Jacqueline Laurita, whose priorities have seemed to change since her son was diagnosed with autism during Season 4.