“Breaking Bad” fans helped push the AMC series to the top spot for scripted TV shows on GetGlue this past week.

GetGlue tallied a whopping 500,059 total interactions on the site for the past week, which included Sunday’s series finale. That’s hundreds of thousands more than the very buzzy “Marvel’s Agents of S.H.I.E.L.D.” on ABC in second place and CBS’s “The Big Bang Theory” in third place over both broadcast and cable shows.

For cable alone, “Breaking Bad” crushed second-ranked Showtime’s “Homeland” and third-ranked “Dexter,” which itself ended recently, by more than 400,000 in total activity.

The series ended the tale of Walter White (Bryan Cranston) on Sunday and shattered ratings records for the show. It scored 10.3 million viewers, including 6.7 million in the advertiser-coveted Adults 18-49 demographic. The finale was up 300 percent over last year’s finale in the key demo, as well.

Take a look at GetGlue’s chart below: 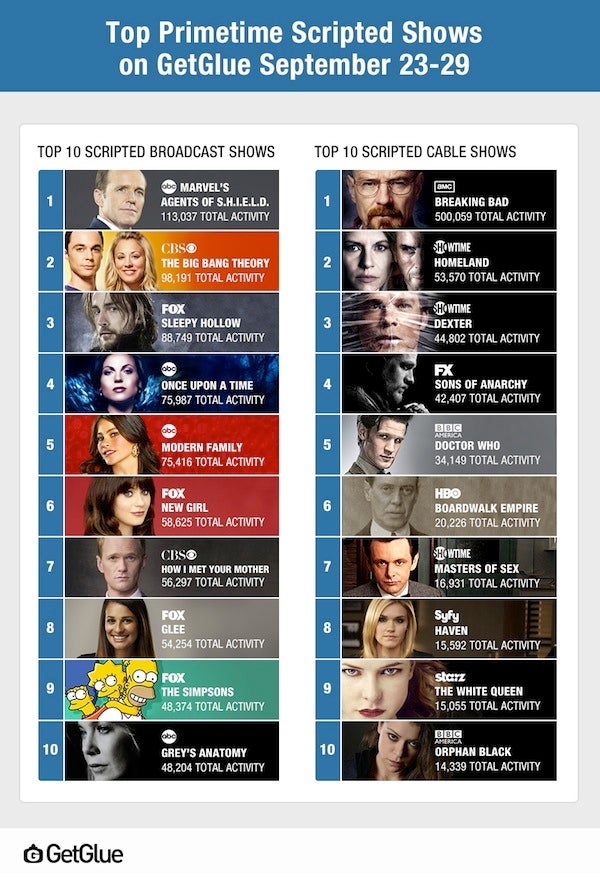