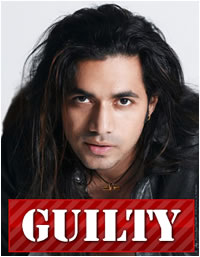 Anand Jon, the 34-year-old fashion designer accused of raping nine models, has been convicted of 16 of the 23 counts of rape and sexual assault against him in Los Angeles County Superior Court.

A jury deliberated for about five days before finding Jon guilty of 14 felony and two misdemeanor counts against seven women. The jury found Alexander not guilty of four counts of sexual assault, and was deadlocked on three counts, including one count of rape.

Judge David Wesley declared a mistrial on those three counts.

Because this case involves special circumstances of including multiple victims, the penalty is a mandatory life sentence. Jon will be eligible for parole in 67 years. Jon’s attorney Leonard Levine said he would appeal the verdict.

In a trial that lasted the better part of two months, a parade of former models emerged to accuse the Indian-born designer of luring them to his apartments in New York and Los Angeles, and raping them, sometimes within minutes of their arrival. Some of the models were young teenagers at the time.

But the case was complicated because with one exception, none of the models complained to police at the time. Many of them stayed with Jon after the assault or followed him to other cities.

Moreover, there was no physical evidence of sexual assault presented at trial.

While Jon maintained his innocence throughout, he never took the stand to defend himself, believing that the prosecution had not proved its case.

As the jury foreman read the verdict, Jon looked down without emotion, but his mother Shashi Abraham and sister Sanjana Jon began to shake uncontrollably.

The jury declined to speak to the press, and thus would shed no light on their deliberations.

Despite inconsistencies in some of the victims’ stories, the jury appeared to agree that Jon’s behavior amounted to rape and sexual assault. They convicted him of rape, lewd acts; sexual penetration by a foreign object; using a minor for sex; possessing child pornography; attempted oral copulation; sexual battery and contributing to the delinquency of a minor.

The jury threw out all four accusations of Britney O., including one of rape. Her testimony described outrageous behavior by Jon, including forcing her to give him oral sex while two friends sat on an adjacent couch.

And the jury deadlocked on three counts, 11-1, according to a court official, involving the accusations of a victim called Candace. The judge declared a mistrial on those counts. The deadlock was due to a lone holdout on those counts, juror 12, a man who appeared to be in his 40s, said one trial observer.

Other witnesses gave testimony that was uneven, or could not fully explain why they had never complained to police before last year. But jurors were clearly outraged by images of underaged (though not pre-pubescent) pornography on Jon’s computer, and a log he kept of every sexual encounter in which he praised his victims for their performance with comments like “swallows very well.”

Jon faces still more charges in New York and Texas. A spokeswoman for the district attorney said Jon is likely to be extradited to New York first.

“The victims who came forward were courageous,” said spokeswoman Jane Robison. “The jury sent a message that our communities will not tolerate serial rapists and child molesters like Anand Jon.”

Jon will be sentenced on January 13.