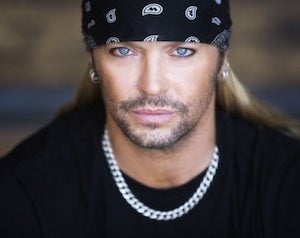 Bret Michaels is able to walk and talk and, barring a setback, is expected to gradually improve, the Poison singer’s physician said Tuesday.

Speaking at a press conference in Phoenix, Dr. Joseph Zabramski said Michaels has been released from the hospital and is being monitored at an undisclosed location.

Michaels’ medical team is “concerned that there could be a deterioration,” and that they’re watching him very closely, but are confident he has no aneurysm that could cause recurring hemorrhage.

For the time being, Michaels is dealing with the side-effects of a dissolving blood clot lingering after suffering a subarachnoid hemorrhage (bleeding at the base of his brain stem)  in late April that landed him in the hospital with severe headaches.

Michaels is plagued by back pain, and can’t be 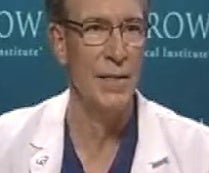 treated with the usual medications because of his diabetes, which Zabramski (right) said was “out of control” when he arrived but is now much improved.

Michaels is being treated at the Barrow Neurological Institute at St. Joseph’s Hospital, one of the world’s most renown neurological centers.