It didn’t take long for Comcast’s deal for NBC Universal to run into skepticism from the senator most involved in the media business.
“I used to be in show business and I worked for years for NBC,” said Sen. Al Franken, D-Minn, minutes after the Thursday afternoon opening of a Senate Judiciary Committee anti-trust panel. This deal has “caused me to be very concerned.”
Franken, the former NBC "Saturday Night Live" writer and performer, proceeded to deliver a series of warnings about the deal. 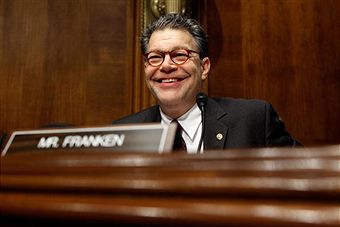 “It matters who runs our media. When the same company that produces our programs, owns the pipes, we have reason to be nervous.”
Franken also warned about taking at face value Comcast and NBC’s promises to use the deal to improve TV.

He pointed to promises made when the Federal Communications Commission was considering repealing a rule that barred networks from owning financial interest in a show or its syndication rights. The rule, in effect from 1970, was repealed by the FCC in 1992.
“They testified to everything they would do to preserve independent content [at the time. Yet] today if an independent producer wants to get on any network, it’s routine practice — and you guys know it — for networks to demand part ownership of the show. That’s a fact. It’s completely contrary to promises [that were made].
“While I commend [Comcast’s promises], you have to excuse me if I don’t trust them.” 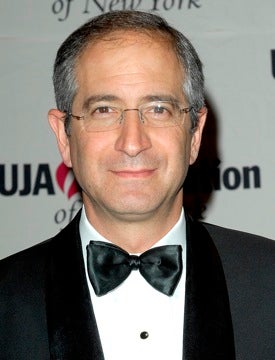 Franken warned that the deal threatened to cause “another set” of media consolidation.
(Update: Franken’s wrath escalated after Roberts testified.The senator accused Roberts of lying about the company’s intentions in a personal meeting. Franken said Roberts promised in the meeting to comply with an FCC rule, that the company is seeking to get overturned in court.

(“We have people [in Minnesota] whose cable bills have gone up three times. How are they to trust you when you come into my office and say something that isn’t true,” said Franken, holding up a billboard displaying the wording of the FCC challenge.
(Roberts suggested the two had been talking about a different FCC rule.)

The committee heard warnings from other senators, too.
The panel’s chairman, Sen. Herb Kohl, D-Wis., called for the Justice Department and the FCC to impose major conditions on the deal.
“Should these agencies decide to allow this merger, we believe it is essential they insist on strong conditions to protect consumers,” he said. He cited concerns the committee had heard from the Hollywood creative community.

In the first of two scheduled Capitol Hill hearings, Zucker and Roberts drew questions from Democrats on the House Energy and Commerce Committee, while several Republicans questioned consumer group claims that the deal would hurt the public.

“It is good for consumers, innovation and competition,” Roberts (right) said. He described the deal as creating a company that would be “more creative and innovative that meets customer demand.”

Though he admitted: “This deal is a risk,” pointing to the changing media climate. 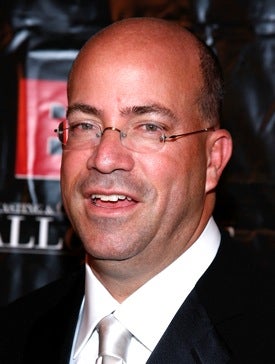 Zucker said the deal is good for investment and innovation, providing assurance NBC will continue playing in the over-the-air market.

“Before this deal I was concerned about the future of broadcasting,” he said in response to one congressman’s question.

“The intensely competitive and dynamic marketplace I live in is a media free-for-all,” he said. “There will be more change in the next five years than there has been in the last 50.”

He said the deal “positions NBCU to be a leading innovator in delivering content to consumers how they want it or where they want it.”

Mark Cooper, research director of the Consumer Federation of America, meanwhile, warned the deal would remove a competitor in major markets where NBC owns a station. And, he said, it could increase costs for internet TV and films.

As for the Congresssmen, Republicans for the most part called for the deal’s quick approval.

“When complete, it will be a 100 percent American company. We should not discourage this,” said Rep. John Shadegg, R-Ariz.

“Since it was announced we have heard the usual projections that this will result in the end of the world. Count me as among the skeptical,” he said.

Rep. Cliff Stearns, R- Fla., said there was “little” to suggest the deal “would seriously threaten competition in the media and entertainment industries.”

He argued that NBC now is fourth in advertising, and revenues would remain fourth even with deal.

On the Democratic side, Rep. Ed Markey, D-Mass., expressed concerns that Comcast might use the deal to favor affiliate internet content. “Do you believe there are any conditions that could be attached to this merger at all?” he asked.

Committee chairman Rep. Henry Waxman, D-Calif., also questioned whether the deal would lead to favoritism of content and what "such favoritism might mean to competition and from independent producers.”

The questioning will continue Thursday afternoon, when the two testify before the Senate Judiciary Committee’s antitrust panel.