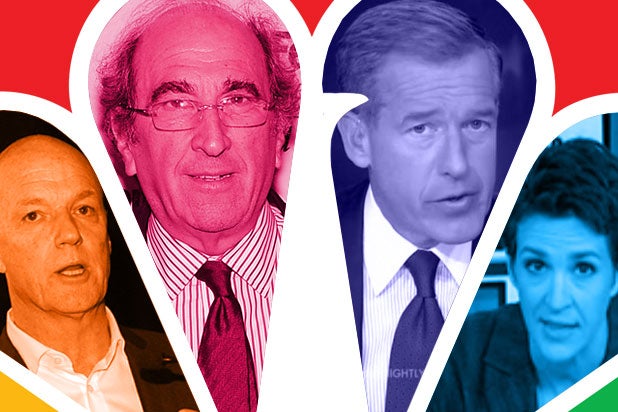 Brian Williams might have his MSNBC title ironed out, but how he’ll actually be used is still very much in doubt among MSNBC executives, a network insider told TheWrap.

“Management is still developing exactly how BW”s role will work. They have the outline, but don’t have any of the details worked out. They are supposedly working on that between now and when BW arrives in August,” the insider said.

Williams will have his own breaking news unit at the network, similar to what Fox News created around Shepard Smith when he moved out of the 7 p.m. ET time slot and became breaking news anchor in addition to his 3 p.m. afternoon program.

It’s not clear how many people will be working under Williams as part of the unit.

Another interesting dynamic is taking shape inside the network’s newsroom, as another insider told TheWrap some producers are embracing Williams’ breaking news role due to the need for help in the area since the network has pivoted to an amped-up breaking news strategy.

Other producers are still unhappy about Williams’ arrival, “dumbfounded how Williams’ lack of credibility squares away with a network striving to be to be looked at more seriously for news coverage,” the insider added.

The former NBC “Nighty News” anchor’s six-month suspension ends in early August, with his arrival at MSNBC expected soon after.

MSNBC declined to respond to TheWrap’s request for comment.