A “Bridgerton” spinoff limited series based on the origins of Queen Charlotte has been ordered at Netflix, the streaming service said Friday.

Per Netflix, “While the series will center on the rise and love life of a young Queen Charlotte, it will also tell the stories of young Violet Bridgerton and Lady Danbury.” 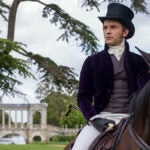 Also Friday, Netflix and Shondaland revealed “Bridgerton” writer Jess Brownell has been set as the main series’ showrunner for Seasons 3 and 4. Chris Van Dusen, who created the series based on the Julia Quinn novels of the same name, was showrunner on Season 1 and is currently in production, still holding that position, on Season 2.

“Many viewers had never known the story of Queen Charlotte before ‘Bridgerton’ brought her to the world, and I’m thrilled this new series will further expand her story and the world of ‘Bridgerton,'” Netflix’s head of global television, Bela Bajaria, said in a statement Friday. “Shonda and her team are thoughtfully building out the ‘Bridgerton’ universe so they can keep delivering for the fans with the same quality and style they love. And by planning and prepping all the upcoming seasons now, we also hope to keep up a pace that will keep even the most insatiable viewers totally fulfilled.”

Rhimes added: “As we continue to expand the world of ‘Bridgerton,’ we now have the opportunity to devote even more of the Shondaland fold to the Bridgerton-verse. We’ve worked with Jess Brownell for over a decade and have long wanted to find the right project to place in her hands. When it came time to pass the baton, I knew this unique voice was vital to the future of the show.”

Beers: “Chris has been part of the Shondaland team for his entire entertainment career, and Shonda and I are very proud of all he contributed to help create this series for fans around the globe.”