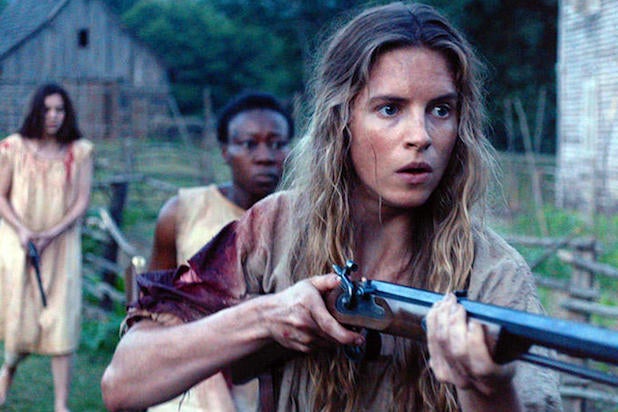 Expertly directed by Daniel Barber (Harry Brown), The Keeping Room focuses on the violent resilience and dramatic camaraderie of three Southern women as their home is besieged during the purges at the close of the American Civil War. Forced to defend their land and fight for their lives, the women take up arms against their male oppressors, shattering gender and genre conventions in the process.

A forceful turn from Brit Marling (Arbitrage, I Origins) heads a formidable trio of female leads that includes Hailee Steinfeld (True Grit, Ender’s Game) and newcomer Muna Otaru in a powerful break out role. Playing against his usual character, Sam Worthington (Avatar, Man On A Ledge), excels as a villainous renegade soldier intent on killing the women and razing their home.

Based on Julia Hart’s revered 2012 Black List screenplay, The Keeping Room deliberately eschews Hollywood Western tropes and challenges gender politics as the female protagonist is defined in brave and provocative fashion. Described as “a feminist western with bite” (Indiewire) and “a beautifully breathless revisionist western” midway between Cold Mountain and Straw Dogs (Little White Lies), The Keeping Room is unflinching filmmaking anchored in the “bold and fearless” performances (Film School Rejects) delivered by its lead women.

“The Keeping Room is a film that instantly resonated with us on so many levels,” said James Emanuel Shapiro, Drafthouse Films COO. “Not only is it filmmaking of the highest level but it challenges formulas with such convictions that we were all affected by its potency.”

“We could not ask for a better partner than Drafthouse for The Keeping Room,” said producer Jordan Horowitz. “As with everything they do, we look forward to a theatrical release that is classy, energetic, passionate, and a whole lot of fun.”

The Keeping Room will open in an expansive theatrical release across North America in September 2015 and will be released on a variety of VOD platforms and digital, DVD, and Blu-ray formats after its theatrical run.

The Keeping Room is a production of Wind Dancer Films, Gilbert Films and Anonymous Content and was produced by Jordan Horowitz, Judd Payne, Matt Williams, David McFadzean, Dete Meserve and Patrick Newall. Executive Producers are Gary Gilbert and Michael Sugar. The deal was negotiated by WME Global on behalf of the producers and James Emanuel Shapiro and Tim League from Drafthouse Films.