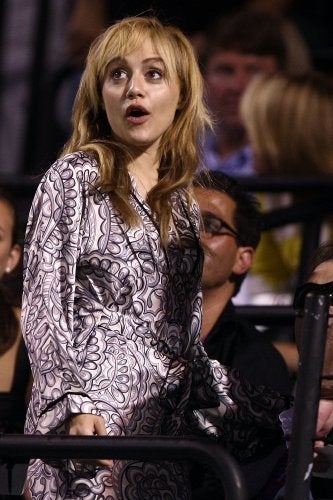 It’s not as though Brittany Murphy changed the face of Hollywood or the way we look at movies.
She was certainly known to a large demographic of moviegoer who saw “Clueless” or “8 Mile” on a college date, and certainly to fans of “King of the Hill” who knew her as the voice of Luanne.
But most people at today’s multiplex couldn’t pick her out of a lineup of other troubled blondes who are no longer young yet nowhere near mature, and whose acting careers are more often charted by gossip columns than by reviews.
And in the end that’s how she’ll be remembered, despite the eulogies that will inevitably pour in citing Murphy’s unharnessed star power or potential brilliance.
At this moment Murphy is lying in a cold room on Mission Road awaiting to be taken apart by the coroner’s office. So far the only word from assistant chief coroner Ed Winter is that there was no sign of trauma on Murphy’s body and, therefore, there are no plans to issue a preliminary report on the autopsy that will take between four and six weeks to complete.
There were, Winter added, prescription drugs found in the Hollywood Hills home Murphy shared with husband Simon Monjack.
When they put her back together again, the coroner’s people may have a better idea of what led to Murphy’s reported cardiac arrest, but they will have no understanding of what brought her to the point in her life where she was unable to focus on film shoots.
That will require another kind of dissection. For now Brittany Murphy is getting the kind of fame that only comes with being dead at age 32.
x
Looks like you're enjoying reading