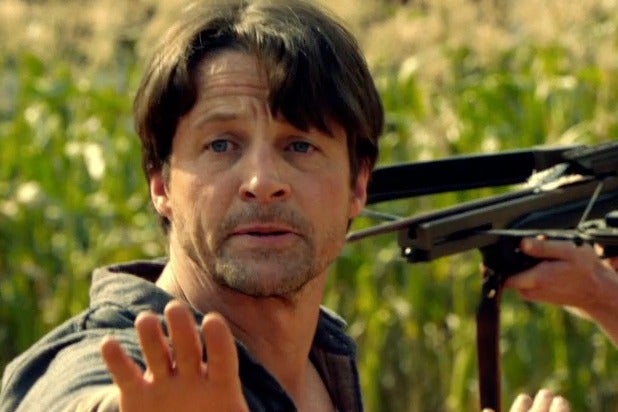 That seems to be the conclusion of a new study released Monday by the Parents Television Council which found the amount of gore and bloodshed shown on broadcast hits such as “Revolution” and “Criminal Minds” rivals what can be found on gritty cable programs such as “The Walking Dead.”  These violent broadcasts are also more likely to receive weaker ratings than cable programs, which typically are advised for mature audiences only, the study found.

PTC President Tim Winter said that there is an economic interest in watering down ratings for broadcast shows, arguing that some advertisers won’t run spots on shows that are geared for adults. Networks and cable channels are tasked with rating their programming just as the Motion Picture Association of American, a studio-backed organization that polices content in films.

“There is an inherent conflict of interest,” Winter told TheWrap, arguing that there is a problem with an industry that self-regulates in this way. “This is a ratings system that is inaccurate, inconsistent and is not transparent. There is a financial incentive to rate programming inaccurately so younger viewers can watch it.”

The PTC’s study comes on the heels of a recent report by the Annenberg Public Policy Center, which found that gun violence in PG-13 movies has more than tripled since 1985 and is more likely to appear in PG-13 rated movies than in R rated movies. As with the television business, PG-13 is the most commercially viable rating for films because it attracts a broader audience than films pitched at adults.

These reports indicate that there needs to be greater public accountability for the ratings boards that oversee films and television, Winter argued.

To come to its conclusions, the PTC surveyed more than a dozen series such as “Sleepy Hollow,” “CSI” and “The Blacklist” for a month. It found that cable programs contained 1,482 violent acts, while network shows followed closely behind with 1,392 acts. That represented a difference of six percent, the group said.

Seventy seven percent of this violent content was shown during primetime and on programs that were listed as suitable for 14 year olds.  Among the worst offenders were the procedural “Criminal Minds,” which dramatized an act of violence every 1 minute and 8 seconds over the four shows the PTC examined, and the futuristic adventure “Revolution,” which the PTC claims boasted more violence than 6 of the 7 most violent shows on cable.