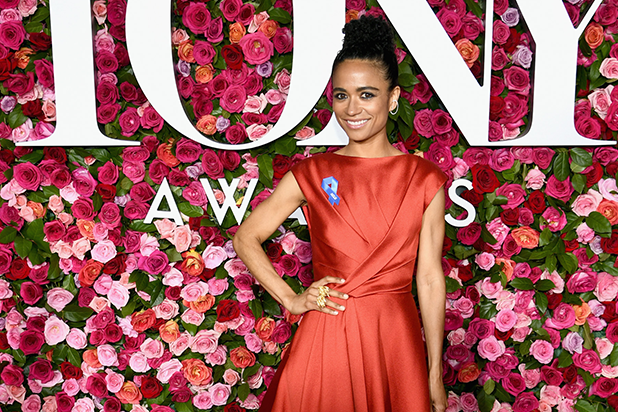 Broadway actress Lauren Ridloff has been cast in Season 9 of “The Walking Dead” for a multiple-episode arc, TheWrap has confirmed.

Ridloff is the first deaf actress to be featured on the long-standing zombie drama, and she will play Connie, a character who is also deaf and uses American Sign Language to communicate. Connie is a character who first appears in Issue 127 of the comics on which the show is based, part of a small survival group that shows up after the time jump, led by a woman named Magna — though in the comics, Connie is not deaf. Connie is still alive in the comics.

“The National Association of the Deaf (NAD) applauds the casting decision by The Walking Dead to have Tony Award nominee Lauren Ridloff portray an important character on the show. We encourage more shows and movies to cast Deaf Talent for every kind of role,” said Howard A. Rosenblum, the CEO of the NAD.

Ridloff was been nominated this year for Best Performance by an Actress in a Leading Role in a Play at the Tony Awards this year for her role as Sarah Norman in “Children of a Lesser God.” Her new co-star Danai Gurira has also been nominated for a Tony award for writing “Eclipse” in 2016 that starred Lupita Nyong’o.

Ridloff earned the crown of Miss Deaf America in 2000, and was a teacher before her starring role on Broadway.

Ridloff’s casting comes amid shakeups in the original cast. Andrew Lincoln, who plays leading man Rick Grimes, will be leaving next season — but we’re also going to be treated to a reprisal of Shane Walsh from Jon Bernthal.

“The Walking Dead” will return for Season 9 on AMC this fall.