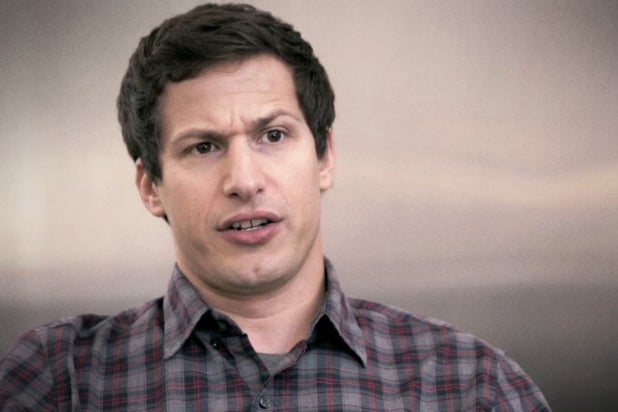 Success can often go to the heads of certain people. The cast of Golden Globe-winning “Brooklyn Nine-Nine” are those people.

In featurette mockumentary “Life After the Win,” Andy Samberg (who plays Det. Jake Peralta) and the rest of the cast complain about on-set behavior since the Fox comedy won the Golden Globe.

There is some humble-bragging going on as well: “I feel like I won one for acting, but they’ve become much more emboldened,” Samberg says in the tongue-in-cheek clip. “Lot of cocky behavior.”

For example, Chelsea Peretti (Gina Linetti) demands that no one look her in the eye, Joe Lo Truglio (Det. Charles Boyle) walks around in a robe and Melissa Fumero (Det. Amy Santiago) insists on being called the obnoxious “Meli Fume.”

Clearly, the Golden Globe winner for Best Actor in a Comedy hasn’t exactly maintained his modesty either.

“Andy has stopped talking to most of the cast and the crew,” Stephanie Beatriz (Det. Rosa Diaz) said. He’s also become heavily invested in his appearance and wants to be called “Mr. Samberg.”

In the clip, the cast speculates what would happen if Godwilling (or God forbid, depending on who you ask) the show won the Emmy. Friday is the deadline for Emmy submissions.

Should the cop comedy be so lucky, Samberg essentially believes two cast members will literally crap their pants.