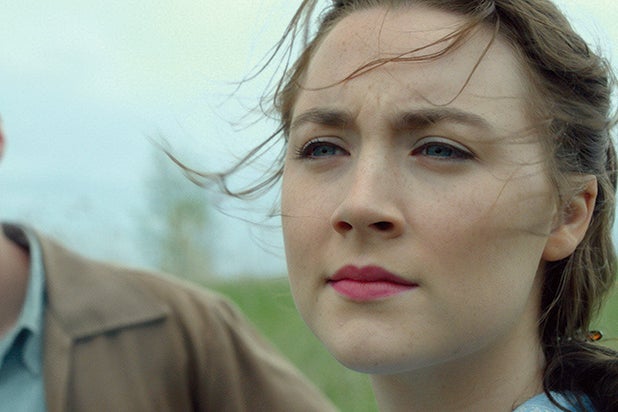 The first time screenwriter Nick Hornby saw an early cut of the movie “Brooklyn,” he knew two things: the movie was going to connect with people, and Saoirse Ronan was going to get an Academy Award nomination.

“It was a rough cut — the music wasn’t finished and some of the jokes weren’t working,” the British novelist and screenwriter told TheWrap on Thursday, shortly after “Brooklyn” landed Oscar nominations for Hornby’s script and Ronan’s performance, and for Best Picture.

“I was sitting there by myself watching it, and I was almost looking over my shoulder thinking, ‘Is anyone else seeing this?’ I was immediately moved by what I saw, and I knew that Saoirse would get a nomination.”

Hornby had been through something similar years earlier, when he wrote “An Education.” The film starred a then-unknown Carey Mulligan, and landed Oscar nominations for Best Picture, and for Mulligan and Hornby. The difference, he said, is that he didn’t know who Mulligan was until he saw and got excited by her audition, whereas he’d seen Ronan in a number of previous films.

“I already knew that Saoirse was an enormous talent,” he said. “What I didn’t know was that she would give so much in the role, and would lay herself that open to it.”

The two movies, he added, have convinced him that writing big roles for young women is a fruitful calling. “It’s really great writing for young actresses, because they don’t mess about,” he said. “They don’t get those parts often enough. I’m not talking about my writing — I’m talking about the size of the part.

“And once they get those parts they don’t want to let go, and they absolutely go for it.”