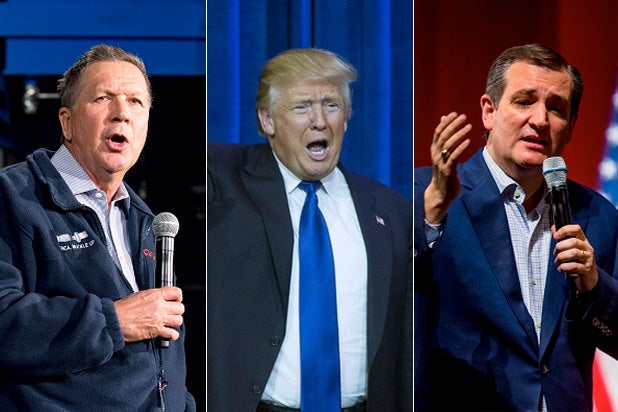 The three remaining GOP presidential candidates took to social media to express their concerns after Tuesday morning’s terror attack in Brussels, while Democratic candidates were initially silent on social media.

Hillary Clinton issued a statement well after the Republican candidates but did address the attacks the old-fashion way early this morning on ABC’s “Good Morning America.”

Donald Trump, Ted Cruz and John Kasich will compete today in Arizona and Utah but the nation’s attention has turned from the presidential race to the tragedy in Belgium’s capital city.

“Do you all remember how beautiful and safe a place Brussels was. Not anymore, it is from a different world! U.S. must be vigilant and smart!” Trump tweeted.

Bernie Sanders did not post his own statement about the attacks until about 11:40 a.m. ET, more than eight hours after the first deadly explosion.

Kasich posted a statement on Facebook, expressing solidarity with the people of Belgium. Kasich says his thoughts and prayers are with the victims and “we must utterly reject the use of deadly acts of terror.”

Ted Cruz also posted a message on Facebook, claiming “these terror attacks are no isolated incidents.”

“They are just the latest in a string of coordinated attacks by radical Islamic terrorists perpetrated by those who are waging war against all who do not accept their extreme strain of Islam,” Cruz wrote. “Radical Islam is at war with us.”

Do you all remember how beautiful and safe a place Brussels was. Not anymore, it is from a different world! U.S. must be vigilant and smart!