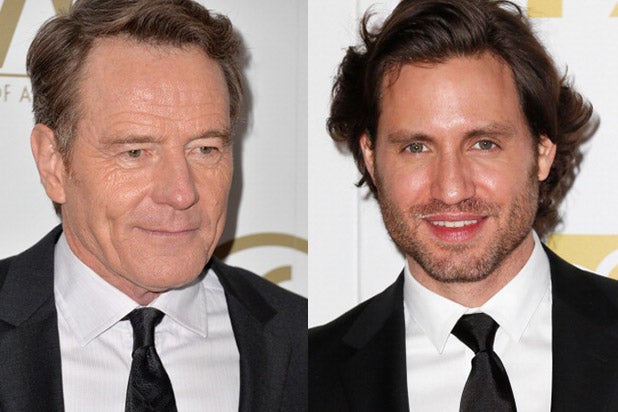 Bryan Cranston and Edgar Ramirez will join Naomi Watts in Errol Morris’ feature directorial debut “Holland, Michigan,” the director revealed Sunday during an Ask Me Anything session on Reddit to promote “The Act of Killing.”

Representatives for Cranston and Ramirez did not immediately respond to requests for comment.

Andrew Sodroski wrote the script, which topped the 2013 Black List.

“Holland, Michigan” is a darkly humorous suburban thriller that stars Watts as a teacher who begins to suspect that her docile husband (Cranston) is a serial killer as she starts an affair with a co-worker (Ramirez) who has a violent past.

John Lesher and Adam Kassan will produce for Le Grisbi Productions along with Sean Murphy, who brought the project into the company. Production will start this spring.

“I’m making a dramatic feature this year with Bryan Cranston, Naomi Watts and Edgar Ramirez,” wrote Morris, the Oscar-winning documentarian behind “The Thin Blue Line” and “The Fog of War.”

Cranston, who can currently be seen in Tze Chun’s thriller “Cold Comes the Night,” next stars in Legendary’s “Godzilla” and CBS Films’ comedy “Get a Job.” The Emmy-winning “Breaking Bad” star is planning to direct the indie drama “Home Again,” and he’s also attached to play persecuted screenwriter Dalton Trumbo in “Trumbo.” He’s repped by UTA.

“Carlos” star Ramirez will soon be seen as boxer Roberto Duran alongside Robert De Niro in “Hands of Stone,” and he also co-stars in Scott Derrickson‘s horror thriller “Deliver Us From Evil.” He’s repped by CAA, Impression Entertainment and attorney Robert S. Wallerstein.