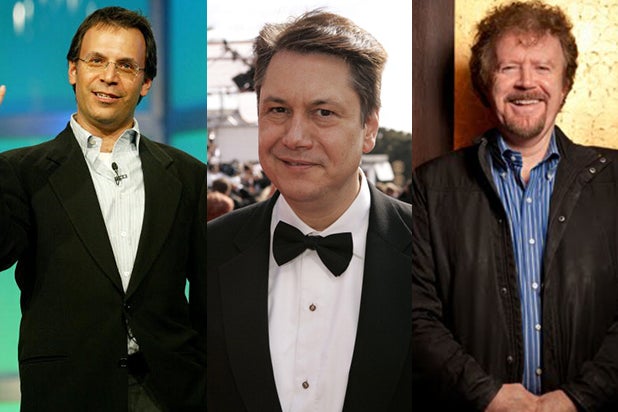 In the interest of bringing readers up to speed, here is a breakdown on the latest men accused in the budding Hollywood sex-ring scandal:

Garth Ancier: Ancier’s decades-long career in television began in the late ’70s, when he came aboard NBC Entertainment as a program associate. Eventually, he would supervise the production of hits such as “The Cosby Show,” “Cheers” and “Family Ties.”

Ancier later became the founding entertainment president at Fox, where he was responsible for putting shows such as “The Simpsons,” “Married … With Children” and “In Living Color” on the air. He also developed the sitcom “Home Improvement” at Disney Television.

Ancier also served as Chairman of The WB, President of NBC Entertainment (he was responsible for getting “The West Wing” on the air), Executive Vice President, Programming at Turner Broadcasting and President of BBC Worldwide America. He also co-created “The Ricki Lake Show.”

According to IMDb, Ancier worked as a supporter at the co-assistant producer level for the 2007 documentary “For the Bible Tells Me So.” Then in 2010 he served as executive producer of the TV documentary “Doctor Who: The Ultimate Guide.”

He is currently a partner and CEO of Quad Media Partners, which is set to launch four branded channels with classic 60s, 70s, 80s and 90s shows in 2014, according to the company’s website.

Gary Goddard: The founder and CEO of The Goddard Group, Goddard has produced shows on and off Broadway, such as “Jekyll & Hyde” and the 2009 “Hair” revival. Goddard also directed the first live-action He-Man film, “Masters of the Universe.” Goddard is also responsible for creating TV series such as “Captain Power,” “Mega Babies” and “Skeleton Warriors.”

Goddard’s attorney, Alan Grodin, issued the following statement to TheWrap: “Gary Goddard is out of the country and we have not seen the complaint. Based on what we have heard, the allegations are without merit. Once we have seen the complaint we will respond appropriately.”

Efforts to reach representatives for Ancier and Neuman were unsuccessful.