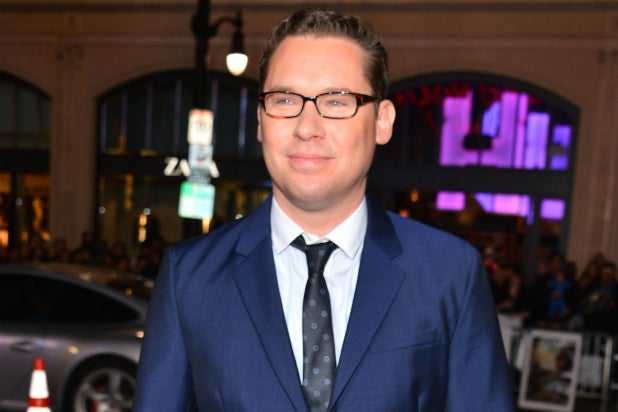 I’m going to go see “X-Men: Days of Future Past” and have a great time. I’m not going to think for a second about the underage rape allegations facing its director, Bryan Singer, and I’m not going to watch carefully to see if his camera lingers on young men’s bodies.

I’m also going to go see Woody Allen‘s next movie. I’m not going to read into it to see if he has a weird thing for children. I hope he doesn’t. But I’m not egocentric enough to think I can crack a two-decade old case by looking for pedophiliac subtext in every line of dialogue.

There’s a case to be made that we should separate people’s art from their actions. I’m not making that case. I’m making a simpler one:

People are innocent until proven guilty.

Simply put, I don’t want to join in the mindless, knee-jerk character assassination of people I don’t know. Not even in a small way, like refusing to see movies I would otherwise see.

I don’t know if Singer or Allen are guilty. And here’s an important thing to remember, the next time you tweet or monologue at a party or boycott a movie:

You don’t know either.

Aside from the very small number of people in a position to know, it is idiotic, narcissistic, and profoundly unfair to think you know what really happened in either case. You weren’t there. I wasn’t there. We’ll always wonder, and never know. This is why we have a legal system. It isn’t perfect, but it’s the best we have. Juries make smarter decisions than mobs.

The accuser in the Singer case has taken his case to civil court, saying failures in the criminal system prevented him from seeking justice there. It’s a good thing that he has the civil option, so the truth can come out, one way or another. If Singer is guilty, I hope he suffers for it.

But the truth hasn’t come out yet. We should respect the accusation as a serious accusation, but not treat it with the certainty of a fact. That’s the basis of our entire legal system.

I covered the Michael Jackson case for months, watching the courtroom testimony every day. I earned the right to express an opinion about whether Michael Jackson molested kids. So did the jurors, the people who attended out of curiosity, and people who closely followed the case in the press.

But even we don’t know with 100 percent certainty what happened.

I don’t know whether to blame round-the-clock cable news, instant gratification social media, or a general self-righteousness, but many of us have become much too quick to judge. I don’t mean we judge people too harshly. I mean we judge people at all, positively or negatively, when we have no idea what we’re talking about.

Take Lindsay Lohan‘s infamous list. In Touch magazine reported not long ago that the names it contains are those of men with whom she had sex. Is there anything to support this claim? No, it’s just a sexy, gossipy theory.

Also read: Bryan Singer’s Accuser Speaks Out for First Time: I Was ‘Like a Piece of Meat’

Publishing the list was slut-shaming. But In Touch tried to have it both ways by calling the men “conquests,” as if the editors were Lohan’s girlfriends, cheering her on at brunch.

They aren’t. They’re hacks trying to get stupid people to buy a trashy magazine.

In an interview Thursday, Lohan declined to say what the list was. (Good for her.) But she did say that she wrote it as part of her Alcoholics Anonymous 12-step treatment, and that it was part of Step 5, which involves admitting past mistakes.

So the picture changes: Now she isn’t a drunken slut boasting about stealing other women’s husbands and boyfriends.

Suddenly she’s a human being, dealing with a vicious disease, trying to improve herself. And someone at a treatment center where she sought help found something she wrote and sold it to a magazine, for you to laugh at.

I’m not saying we can’t make moral judgments once we’re in a real position to have any idea what a person actually did. But presuming facts in order to justify our own biases is repugnant.

I’ll feel bad about seeing “Days of Future Past” if, somewhere down the line, Singer is found liable in court, thanks to a preponderance of evidence. And of course I’ll feel bad if he someday admits he was guilty all along. I’ll be sorry that I contributed, in my little way, to his continued success.