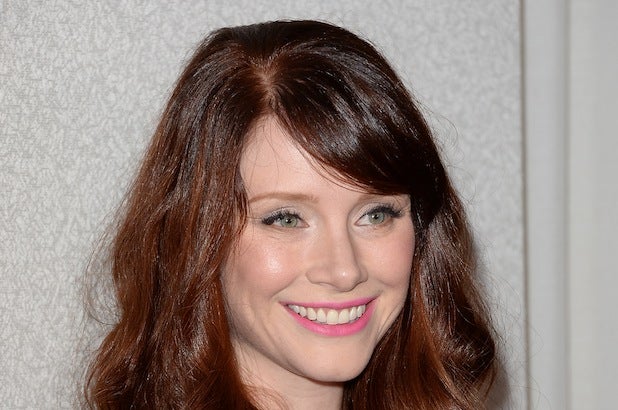 Bryce Dallas Howard is in early negotiations to star in Universal’s “Jurassic World,” an individual familiar with the 3D project has told TheWrap.

Howard has long been rumored for one of the lead roles, though she only recently received an offer.

Colin Trevorrow (“Safety Not Guaranteed”) is directing the fourth film in the franchise, which he wrote with frequent collaborator Derek Connolly.

Frank Marshall and Pat Crowley are producing “Jurassic World,” which Universal will release on June 12, 2015.

The first three films in the “Jurassic” series have taken in $1.9 billion at the box office and this year’s 3D re-release of the original film, “Jurassic Park,” has brought in $114 million globally.

“Jurassic Park” was a bona fide blockbuster when it came out in 1993, bringing in $970 million worldwide. It topped another Spielberg film, “E.T. the Extra-Terrestrial,” to become the highest-grossing film at that time.

After taking time off to start a family, Howard is ready to field movie offers again. She had a stellar 2011 in which she starred in “The Help” and “50/50.” Her past credits include “Spider-Man 3,” “The Twilight Saga: Eclipse” and “Lady in the Water.”

Howard is repped by ICM Partners and Management 360.