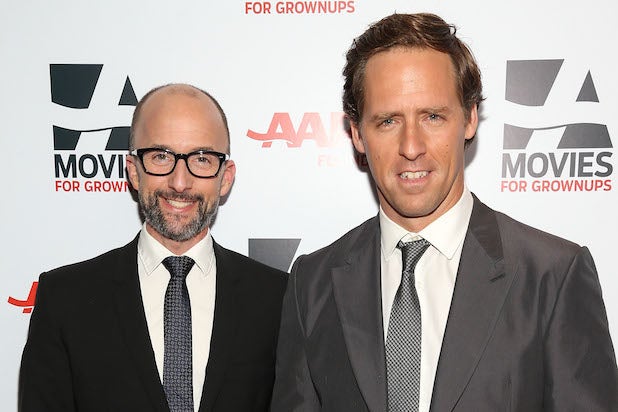 Kristen Wiig’s action-comedy “The Heart” is on life support, as Indian Paintbrush is rethinking its commitment to finance the film due to budgetary issues, multiple individuals familiar with the project told TheWrap.

“The Heart” hails from the writing-directing team of Jim Rash and Nat Faxon, who won an Oscar for co-writing “The Descendants” with Alexander Payne, and most recently wrote and directed “The Way Way Back.”

Wiig is attached to star as a cash-strapped woman who agrees to transport black market organs with a man she just met, to be played by Sam Rockwell. Allison Janney is also onboard to co-star as Wiig’s boss.

The film, which Indian Paintbrush had greenlit for a spring start in North Carolina, was initially budgeted at approximately $18.5 million, according to an individual familiar with the project. However, when Indian Paintbrush recently shopped “The Heart” to domestic distributors, none agreed to board the project given its steep price tag.

The lack of interest from major distributors gave Indian Paintbrush principal Steven Rales second thoughts about financing “The Heart,” and he asked the filmmakers, along with producer Kevin J. Walsh and packaging agency CAA, to reduce the budget to $13 million. In turn, the group asked Indian Paintbrush for permission to shop “The Heart” to other financiers. For example, Megan Ellison of Annapurna Pictures, was approached earlier this week.

TheWrap has learned that “The Heart” team has until next Friday to either lower the budget or find another financier. Walsh did not respond to multiple requests for comment on Wednesday, while CAA did not immediately respond to a request for comment.

Indian Paintbrush remains open to co-financing the film should Walsh and the directors succeed in reducing the budget or finding a financial partner, according to one agency insider. For its part, a representative for Indian Paintbrush told TheWrap that “nothing has changed” and any suggestion that Indian Paintbrush has officially pulled out of the film is “inaccurate.”

One reason that Indian Paintbrush may have balked at the budget of “The Heart” was that originally Michael Fassbender was loosely attached to co-star, and his value as an actor in foreign markets allowed for a budget of nearly $19 million. When scheduling issues prevented Fassbender from signing on, Rash and Faxon recruited their “Way Way Back” star Rockwell, with the casting switch necessitating a lower budget. Rockwell is a unique, and well regarded performer in his own right, but does not have the same value as Fassbender overseas.

Hollywood’s cool reception to “The Heart” raises questions regarding Wiig’s ability to get an indie movie financed — no easy feat these days, especially without the aid of crowdsourcing platforms such as Kickstarter and Indiegogo. Of course, it’s not an actor’s job to raise financing — that’s on the producer and the agency more than talent — and authorship of “The Heart” belongs to Rash and Faxon, who wrote the script and will direct. Wiig is merely an actor for hire in this case. But while a star of Wiig’s caliber typically bodes well for an indie movie, a closer look at her recent choices may be why Rales and major distributors are reluctant to commit to “The Heart.”

While Wiig was red-hot coming off of “Bridesmaids,” her indie movies haven’t fared very well at the box office or with critics. Her latest, “Hateship Loveship,” has a 46% fresh rating on Rotten Tomatoes (as well as a 58 on more discerning review aggregator MetaCritic), while “Girl Most Likely” scored a 20% fresh rating on Rotten Tomatoes (37 on MetaCritic). Even “The Secret Life of Walter Mitty,” in which Wiig co-stars alongside Ben Stiller, failed to register with domestic audiences, taking in $58 million in the U.S. on a reported production budget of $90 million.

While Wiig should be applauded for not kowtowing to an industry that wants to keep her in studio comedies like “Bridesmaids” for years to come, it’s box office hits like that one that allow actors to experiment with their careers, tackling challenging material for significantly less money.

One Hollywood veteran told TheWrap that “The Heart” wouldn’t have a problem finding financing if Wiig had just done a “Bridesmaids” sequel, though the actress has stuck to her guns and resisted Universal’s overtures, explaining that she co-wrote the film as a one-off and never planned for a sequel.

Wiig has no less than four more indie films on the horizon including the Sundance standout “The Skeleton Twins,” Sebastian Silva’s “Nasty Baby,” the drama “Diary of a Teenage Girl” with Alexander Skarsgard and the Will Ferrell-produced dramedy “Welcome to Me.” To be fair, she also voices characters in the “Despicable Me” and “How to Train Your Dragon” franchises, so she is striking a balance between difficult subject matter and blockbuster studio fare.

Sources describe “The Heart” as a fluid situation that is still developing, so stay tuned.