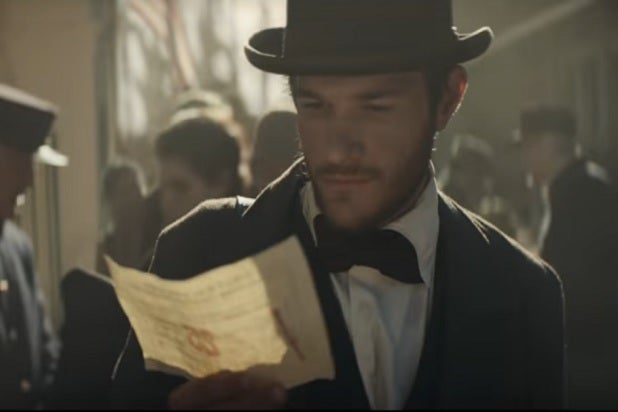 Budweiser’s Super Bowl ad might provide a powerful and timely message about the importance of immigration, but as far as historically accuracy goes, it falls as flat as a half-empty beer left over from last night’s rager.

At least, that’s the word from William Knoedelseder, the author of the 2014 book “Bitter Brew: The Rise and Fall of Anheuser-Busch and America’s King of Beer.”

The commercial, which has gained resonance due to the current debate over President Trump’s travel ban, tells the story of Anheuser-Busch co-founder Adolphus Busch, who immigrated to the U.S. from Germany in the 1850’s.

The commercial follows Busch from his time traveling across the Atlantic, to his less than warm welcome to America, to jumping off of a flaming riverboat, to finally arriving in St. Louis to begin brewing beer.

In his interview with Slate’s Sam Adams (if that is indeed his real name), Knoedelseder took exception to the notion that Busch encountered hostility upon arriving in America.

“Adolphus Busch did not arrive poor and struggling. He was from a fairly well-to-do, successful family. He wasn’t tremendously wealthy, but it would be highly doubtful that he encountered whatever that was at the beginning with him jumping off the boat and people shouting at him,” the author said. “He arrived with a ticket and had his own money. Unless they got a hold of some letters from his family, I don’t know where they get all that information. It’s not something that anyone that’s written about Anheuser-Busch has ever seen before.”

Knoedelseder added that German immigrants in the mid-1800s likely wouldn’t have faced anti-immigrant prejudice of the same magnitude as “the poor Irish who had to fight their way in block by block. By the time he got to St. Louis, there was a very sizable German population there. They all arrived in America with money, and deference comes with cash.”

While the ad has gained widespread attention due to current events, Budweiser vice president Ricardo Marques denied that the ad was intended as political commentary in an interview with Ad Week.

Also Read: Make No Mistake: Donald Trump and Steve Bannon Are the Villains in This Movie (Commentary)

“There’s really no correlation with anything else that’s happening in the country,” Marques said. “We believe this is a universal story that is very relevant today because probably more than any other period in history today the world pulls you in different directions, and it’s never been harder to stick to your guns.”