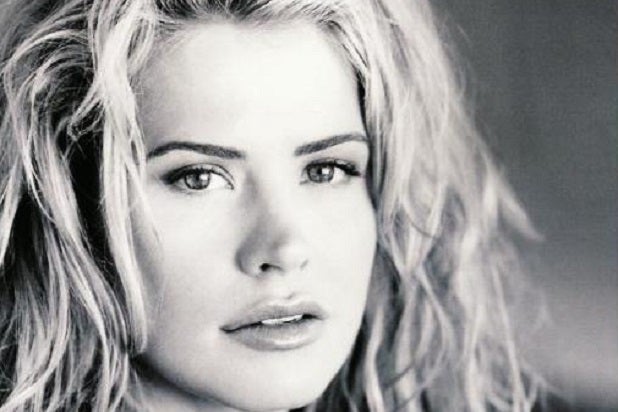 Kristy Swanson is moving on from vampires to angels.

Swanson, star of the film “Buffy the Vampire Slayer,” has signed on for the UP TV Christmas movie “Angels in the Snow,” which began production last week in Vancouver, Canada.

Based on the Rexanne Becnel novel “Christmas Journey,” the domestic drama revolves around two very different families who find themselves snowbound together in a luxurious cabin during a Christmas blizzard. The affluent yet troubled Montgomery family is headed by workaholic real estate developer Charles (played by Chris Potter of UP’s “Heartland”) and his wife Judith (Swanson) a former New York fashion editor who he’s trying to mend fences with.

The couple bring their three cell phone-dependent, squabbling kids — Alexandra, Jennifer and Emily — on a getaway to the cabin that Charles has built. However, when a snowstorm makes them a prisoner of their “dream home,” the parents start fighting, and Emily makes a wish to keep her parents together.

Meanwhile,the Tucker family show up on the doorstep of the cabin, exhausted and in need of shelter after their van slides off the snow-covered road.

As the families wait out the storm, it soon becomes evident that the Tuckers offer an example of love, togetherness and caring that is seemingly gone from the Montgomerys’ lives. But perhaps the Tuckers’ example — and friendship — can reignite the Montgomery family’s spirit this season.

“The UP premiere movie ‘Angels in the Snow’ is a captivating family drama with heart; strong, diverse characters; and more than a couple of surprises,” UP’s senior vice president, original programming Barbara Fisher said. “Starring fan-favorite Kristy Swanson and popular ‘Heartland’ star Chris Potter as the struggling Montgomerys, the drama is our first Christmas film to go into production this year, and will be a key component of our popular, annual Christmas programming slate in 2015.”

George Erschbamer (“My Mother’s Future Husband,” “My Name Is Sarah”) is directing.